The Capuchin Centre in Dublin is expecting one of its busiest mornings of the year as it hands out Christmas food vouchers to those in need.

Early this morning, queues formed outside the centre in Smithfield in the city centre.

The charity has been giving out Christmas food hampers every year since the 1970s but is unable to this year because of Covid-19 restrictions.

Normally dozens of volunteers pack the Christmas food in bags the night before at the centre but because of rules around social distancing, this could not happen this year.

Instead €40 food vouchers are being given out which can be spent in SuperValu stores.

It is understood that In the region of 3,000 vouchers have been purchased by the charity.

Manager of the centre Alan Bailey said it costs €4m per annum to run the charity.

Various State agencies gave €400,000 with the rest from donations and fundraising.

He expects the running costs this year to be higher though because demand for its services has increased.

Pre-Covid the charity was putting on 500 dinners per day for those in need, now that figure has increased to around 800.

Mr Bailey puts the extra demand down to the fact that more people are struggling since the pandemic. He said last month the charity served 972 dinners in one day.

Under current rules the dinners the charity provided have to taken away with some opting to eat in the church next door, which he says is big enough to accommodate social distancing. 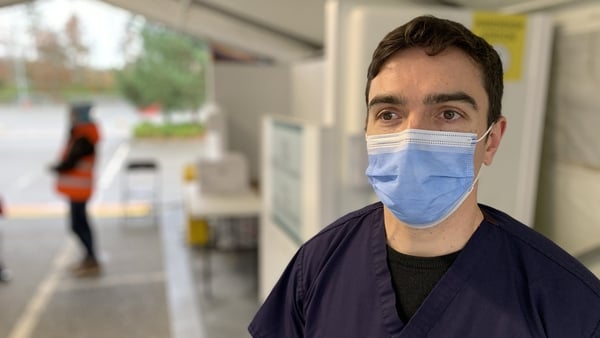