Gardaí have arrested three people and seized drugs worth more than €35,000 after a targeted search in Dublin.

Based on intelligence gathered, gardaí located three males in a tent hidden in a dense undergrowth in Clondalkin.

A search of the tent revealed a drug packaging and distribution facility. 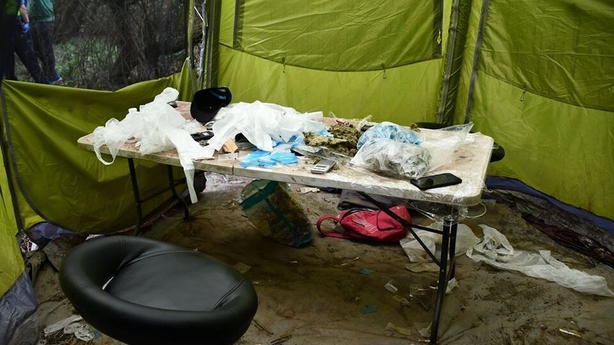 All three were arrested and are currently detained at Clondalkin and Ballyfermot Garda Stations.

Follow-up searches carried out in the surrounding area involving the Garda Dog Unit resulted in the discovery of 108 packets of cigarettes and other tobacco products valued at approximately €1,400.