Hundreds of people have taken part in an abortion rights march in Dublin.

Campaigners want the amount of time women must wait for a termination reduced.

At present women must wait for three days after a doctor certifies they are no more than 12 weeks' pregnant - characterised by the Government as a "cooling off" period.

Official guidance says doctors may refuse to provide, or to participate in carrying out, a procedure, lawful treatment or form of care that conflicts with their sincerely held ethical or moral values.

It also sets out obligations that the doctor will have to the patient in such circumstances. 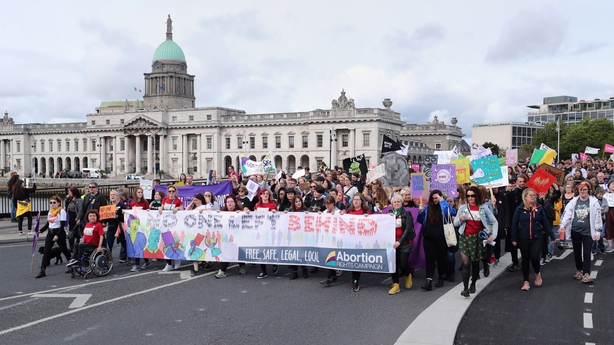 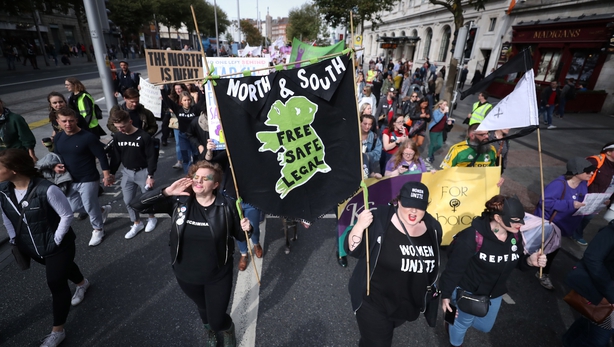 A "March for Choice" from Dublin's Garden of Remembrance to Merrion Square heard chants of: "No women left behind."

"The only way we can ensure that there will be no-one left behind is the provision of more abortion services across the country."

Campaigners carried banners proclaiming "The North is next", while another said healthcare does not stop at the border. Abortion services are due to be introduced in Northern Ireland next year after Westminster legislated for them.

It placed a duty on the UK's government to regulate to provide for access to abortion in Northern Ireland.

It comes into effect if the Stormont executive is not restored by 21 October, with regulations required to be in place by the end of March 2020.

At the Dublin march, one woman had knitted a uterus with the word "mine" on it. Another sign said: "I am a woman, not a womb." 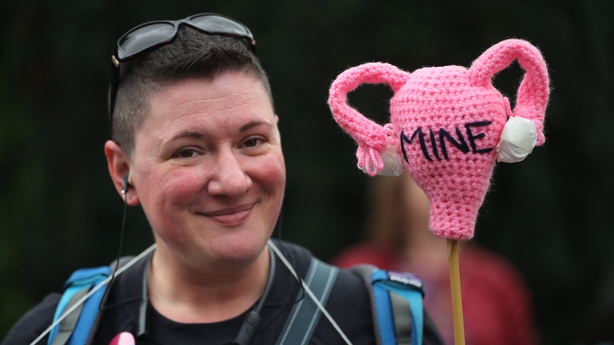 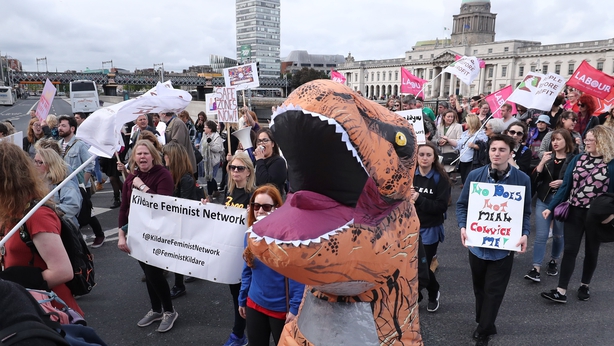 One participant wore a dinosaur costume, in reference to the DUP's anti-abortion stance.

Niall Herron, a student and Amnesty International activist studying history and politics at Queen's University Belfast, participated in the march.

He said: "We were in Dublin to celebrate the referendum last year and to remind the Irish Government of its responsibility to carry out what the people voted for, but also to remind the entire island that Northern Ireland is still a place where abortion is illegal." 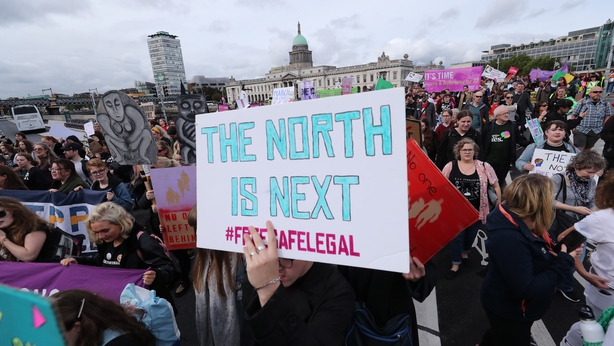 Mr Herron said it is three weeks until the procedure is decriminalised north of the border.

He added: "It is a first step, it will not satisfy those who have been working for so long, but it is a first step towards a safe environment for women to live in across the entire island of Ireland."