An 800-year-old 'Crusader' from a crypt in St Michan's Church in Dublin has been decapitated by vandals.

Archdeacon David Pierpoint spoke to Philip Boucher-Hayes on RTÉ's Liveline and said the Crusader's head has been "severed from his body and taken away."

The discovery was made by the tour guide at 1pm when the guide was preparing to open the church for visitors.

Archdeacon Pierpoint said he is upset and disappointed that the church has been targeted again by vandals. The crypt of St Michan’s was vandalised in 1996.

Archdeacon Pierpoint said the incident is devastating for the parish and community. He said initially he was "quite disgusted" when he saw what had happened, but now he is "just sad".

The tours of the site are being cancelled for the foreseeable future. Last year around 27,000 people visited the church. 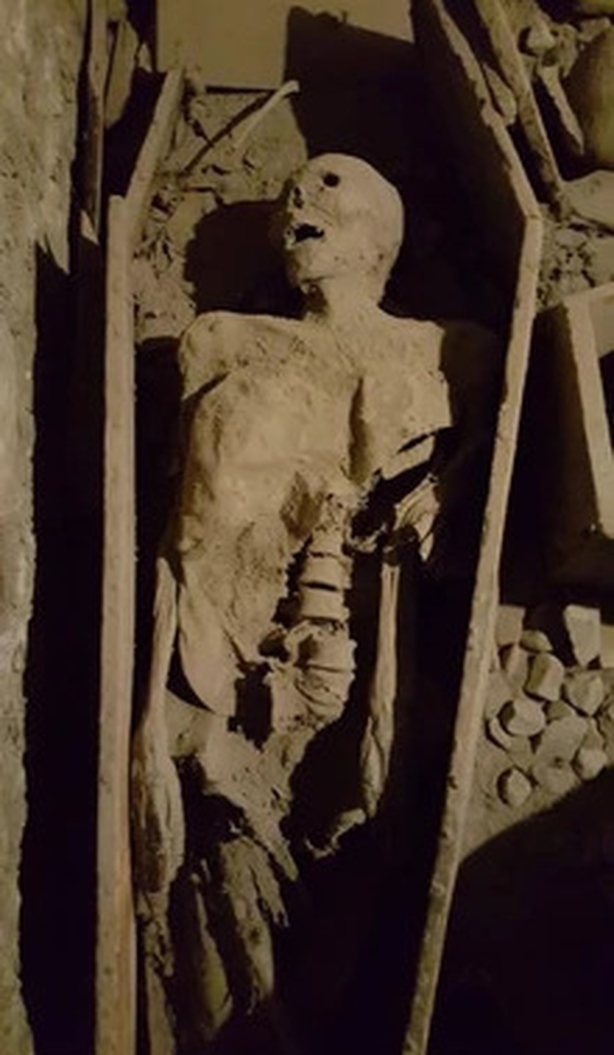 In a statement the Church of Ireland said the crypt has been badly damaged and several of the mummies, including the 400-year-old remains of a nun, have been desecrated in the incident.

The Crusader’s body was turned over and his head has been removed.

Archdeacon Pierpoint said as a solid steel internal gate was removed, the immediate concern is about securing the vaults.

There are also concerns that the remains will disintegrate in the open air as the conditions in the crypt keep them preserved.

There is CCTV camera footage that gardaí have taken away to examine.