RTÉ News journalist Paul O'Flynn has won the Liffey Swim men's race in Dublin in a time of around 43 minutes.

Paul, who is a member of the Half Moon Swimming Club in the city, had an eight minute handicap.

He said the win had fulfilled a lifelong dream.

The women's race has been won by Triona Muldoon of Clontarf Swimming Club.

She had a handicap of seven minutes 15 seconds.

This year's men's and women's swim of 2.2 kilometres started at Rory O'More Bridge and finished at North Wall Quay in front of the Custom House. 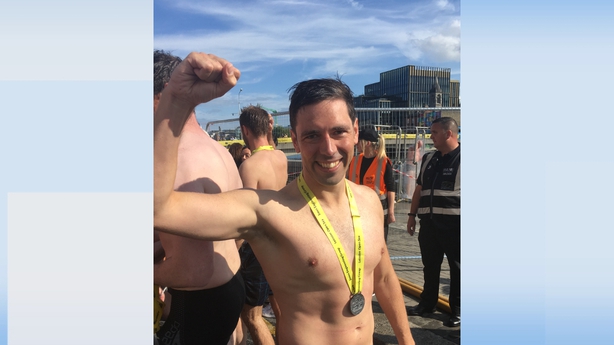 Swimmers were assigned a time handicap depending on their level of proficiency.