No criminal charges will be brought in relation to the deaths of ten people following a fire at a Carrickmines halting site.

Five adults and five children died following the fire in the early hours of 10 October 2015.

The ten victims of the blaze died due to carbon monoxide poisoning.

The Director of Public Prosecutions made the decision following the submission of a case file on the blaze by An Garda Síochána.

There were no family members of the victims present at Dublin Coroner's Court as Detective Inspector Martin Creighton informed the coroner of the DPP's decision.

The full inquest into the deaths will be heard before a jury over a two-week period early next year.

The coroner's office will now work with Dun Laoghaire County Council, gardaí and Dublin Fire Brigade to draw up a list of witnesses to give evidence.

Thomas Connors and his wife Sylvia, as well as their children Jim, Christy, and six-month-old Mary died in the fire. 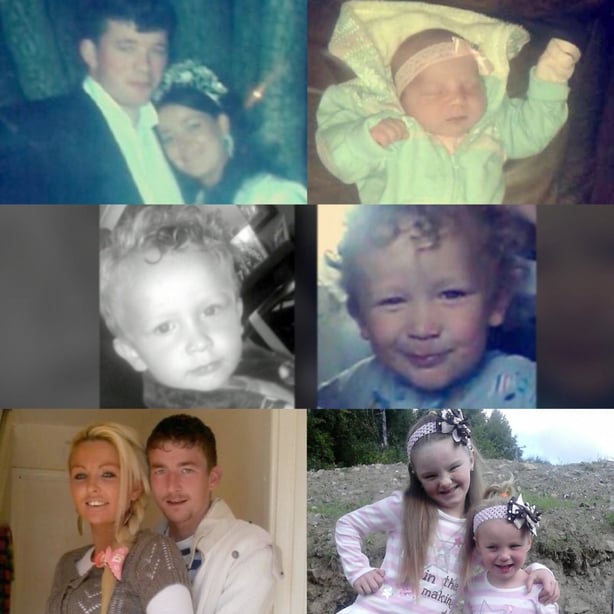 Willie Lynch, his partner Tara Gilbert who was pregnant, and their daughters, Jodie and Kelsey, also perished.

Jimmy Lynch, a brother of Willy, also died in the blaze.

The victims were residents of Glenamuck halting site in Carrickmines, Co Dublin.

The cause of death returned for all ten victims of the blaze was acute carbon monoxide poisoning due to smoke inhalation due to a fire.

A legal representative for Dun Laoghaire Rathdown County Council was represented at the short inquest hearing.

The DPP's office had issued a number of queries to gardaí based on the file submitted and consideration of the issue continued for a number of months.

DI Creighton told the court the DPP's decision had been received and circulated to all parties.

"I am now in a position to hear the inquest which will take place over a number of days before a jury," Coroner Dr Myra Cullinane said.

The coroner adjourned the inquest and issued a provisional start date for the full inquest to begin on 14 January 2019.