Residents at a south Dublin housing estate have been told their balconies are unsafe to use.

Owners of some apartments at the Hunterswood estate in Ballycullen received an email on behalf of the management company yesterday.

The email was sent by Keenan Property Management on behalf of the board of Hunterswood Management CLG.

It informed residents "as a matter of urgency" that it had been brought to their attention by an engineering company which assessed the buildings that the balconies were unsafe to use until further notice.

The balconies in question are made of timber, and in some cases are showing outward signs of deterioration.

At least two balconies have been removed from apartments.

Some of the balconies appear to have had steel reinforcements installed as part of remedial works.

It is not known how many properties are affected but it is reported that remedial work has started on over 20 apartments.

It is understood that some residents may have been contacted up to two years ago about the issue, and that inspections were previously carried out. 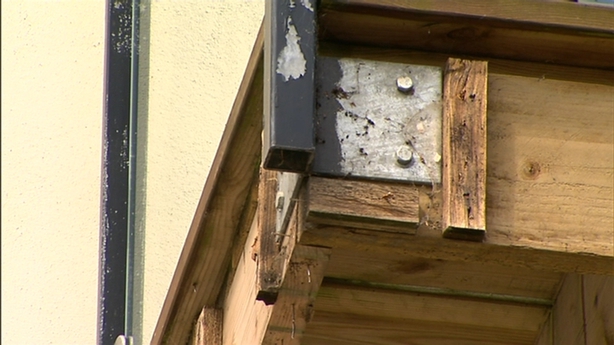 Yesterday's email stated that the balconies had recently been reassessed by an engineering company which identified that deterioration may have happened faster than initially expected.

The email said that the board of Hunterswood Management would be meeting imminently to put in place an immediate plan of works.

The property management KPM has so far been unavailable for comment.

In a statement South Dublin County Council said it was not involved in the matter but was aware of the steps taken by the management company to resolve the issue.