A murder investigation is under way after the body of a man was found at an apartment in north Dublin.

The man, aged in his late 20s, was found at the apartment on Achill Road in Drumcondra, Dublin 7 yesterday evening.

It is understood he sustained gunshot injuries.

A man in his 30s has been arrested and is being questioned at a north Dublin garda station. He can be held for up to seven days.

It is understood the body is that of 28-year-old Seán McCarthy, from Poppintree in Dublin, who was reported missing from his home on 2 August.

He was last seen in the Drumcondra area, and gardaí and Mr McCarthy's family had expressed concern for his wellbeing.

The missing person appeal to trace his whereabouts has now been stood down. 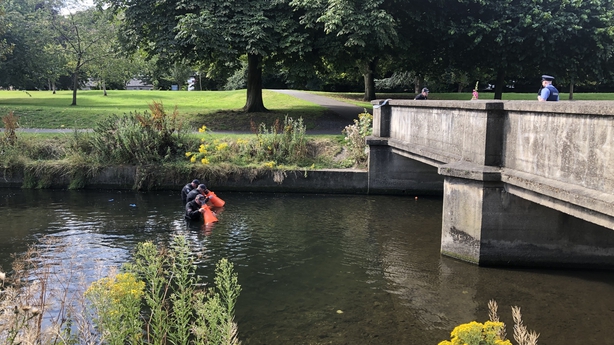 The scene on Achill Road remained sealed off until early this afternoon as members of the Garda Technical Bureau carried out forensic examinations at the property.

The man's remains were taken by ambulance this afternoon to the City Morgue, where a post-mortem examination is being carried out.

As part of their investigations, another scene at nearby Griffith Park in Drumcondra was also sealed off this morning.

Members of the Garda Water Unit carried out searches of a short stretch of the Tolka River between two foot bridges that had been cordoned off to for a time this morning.

An item recovered from the water during this search will now have to undergo analysis to determine if it is linked to the investigation.

An incident room has been set up at Ballymun Garda Station.