A murder investigation is under way after a 52-year-old man died from stab wounds in Dublin's south inner city yesterday.

Isaac Horgan had been stabbed in the leg and was pronounced dead a short time later in hospital.

A man and a woman were arrested in connection with the fatal attack this morning and are being questioned at Pearse Street Garda Station.

He was found sitting on a couch at around 11am yesterday morning.

He had sustained a stab wound to the upper leg area, which seems to have damaged a major artery, and died later in hospital.

Neighbours reported seeing him alive two hours before he was found.

Mr Horgan was known to gardaí and 16 years ago was charged with the murder of Douglas McManus, a neighbour of his in Fatima Mansions.

During the course of the trial, the judge withdrew from the jury the charge of murder and directed the case proceed with a manslaughter charge.

After two hours of deliberations, Mr Horgan was found not guilty of killing Mr McManus. 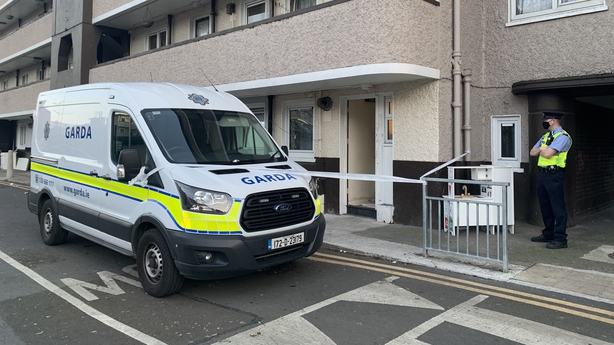 Mr Horgan had problems with addiction and substance abuse and moved to Markievicz House in the last few years where he lived alone.

The door of his flat had apparently been broken for some time and garda forensic specialists removed it as part of their examination of the scene.

Gardaí are trying to establish if there was a break-in at the flat.