Three men and a teenager are still being questioned by the PSNI tonight about the murder of a Dublin criminal in Belfast.

Robbie Lawlor was shot dead outside a house in the Ardoyne yesterday morning.

Northern Irish police say they do not believe Robbie Lawlor was in Belfast by accident and have appealed for witnesses or anyone with information to contact them.

The Dublin gangland criminal, who was a suspect in the murder of 17-year-old Keane Mulready Woods earlier this year, was shot dead outside a house on Etna Drive in the Ardoyne yesterday morning

Detective Superintendent Jason Murphy said the PSNI believes a single gunman fired several shots at Lawlor but the murder weapon has not yet been recovered.

Gardaí are working closely with the PSNI as they investigate the murder.

Robbie Lawlor was well known to gardaí for his involvement in serious and organised crime.

He had over 100 previous convictions and had only been released from prison last December.

He had been warned by gardaí his life was in danger before he travelled to Belfast where he was shot dead yesterday. 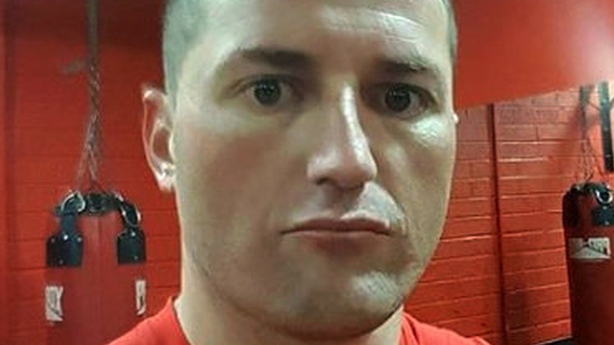 He was a senior figure in one of Drogheda's feuding criminal gangs and a suspect for the abduction and murder of County Louth teenager Keane Mulready-Woods.

He was also a suspect for at least three other gangland murders.