Revenue officers have seized drugs worth an estimated €500,000 at Dublin Port.

25kgs of herbal cannabis was discovered yesterday in a shipment that had arrived from Almería in Spain.

The discovery was made with the assistance of detector dog Robbie. 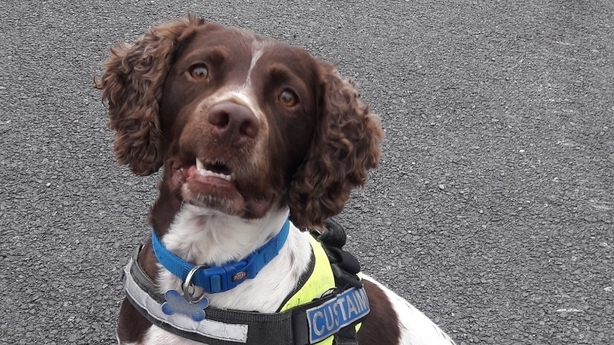 In a separate operation 3.4kgs of herbal cannabis was seized at Portlaoise Mail Centre yesterday. The drugs, which are estimated to be worth €68,000, were concealed in two parcels labelled as 'yoga cushions' and 'herbal tea' and were destined for addresses in Dublin and Tipperary.

Meanwhile, in a series of operations in Dublin Airport over the past week, Revenue officers seized 2kgs of herbal cannabis worth €40,000 from a 38-year-old Polish man travelling from Dubai.

The man was arrested and brought before the District Court where he was remanded in custody until 3 July.

20kgs of tobacco and 7,000 cigarettes were also seized from two female Irish passengers travelling from Lanzarote. The tobacco had an estimated retail value of €14,800.

Cash amounting to €15,571 (consisting of Euro, Sterling and US Dollars) believed to be from the proceeds of crime, were also seized by Revenue officers from 3 male passengers travelling to New York.

A three-month cash detention order was granted to allow further investigations to be carried out.