Gardaí investigating the activities of the Kinahan crime gang have discovered a "pill-making factory" in Co Kildare.

The investigation is being led by the Drugs and Organised Crime Bureau which is investigating the activities of the Kinahan crime gang.

The Kinahan gang is involved in an ongoing feud with the Hutch gang that has so far cost 18 lives.

They discovered what they described as a "pill-making factory" with chemicals, a tablet pressing machine, packaging equipment and other paraphernalia. 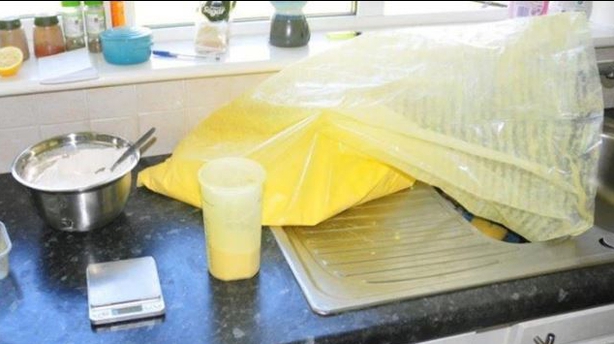 They also found protective clothing such as gloves, masks and forensic suits.

An estimated €500,000 worth of MDMA, or ecstasy tablets, and powder have been recovered.

Gardaí believe the drugs were being manufactured for sale in Ireland and abroad.

A quantity of heroin was also discovered.

Three men, believed to be from Poland and ranging in age from mid 30s to early 40s, have been arrested. They are being questioned at Leixlip and Lucan Garda Stations. 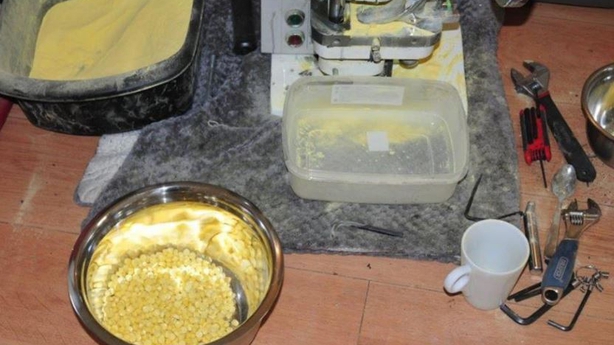 Assistant Commissioner John O'Driscoll, who is in charge of Special Crime Operations, said: "This operation provides further evidence of the extent of links between Irish-based organised crime groups and the international drug trade.

"The Garda National Drugs and Organised Crime Bureau (GNDOCB) has dealt another blow to those involved in organised crime. Our effort in tackling organised crime is unrelenting and will continue as long as is necessary," said Asst Comm O'Driscoll. 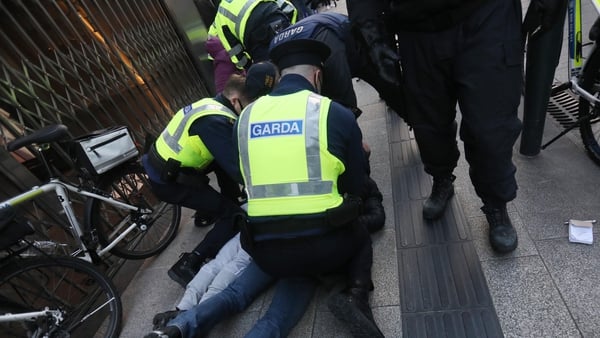