The jury in the trial of a 38-year-old man accused of murdering Philip Finnegan in Kildare in 2016 has been told the 24-year-old met a gruesome death.

At the opening of the trial today, the jury was told he had dispensed with his legal team and was representing himself.

Prosecuting Counsel Brendan Grehan told the jury it would hear evidence that Mr Finnegan had died from multiple stab wounds, had been decapitated, and attempts made to cut up the body and burn it.

Mr Grehan said Mr Finnegan had "some troubles" and had begun wearing a protective vest.

He said Mr Finnegan had been befriended by the accused, Stephen Penrose, and he had told his mother he was meeting Mr Penrose on 10 August 2016.

She reported him missing the following day after a number failed attempts to contact him.

Mr Penrose had come to the attention of gardaí on 10 August after showing up at a fast-food restaurant with an injury to his wrist, which was bleeding profusely, but he gave no explanation about his injury.

He was later interviewed by gardaí in hospital and asked to speak to a particular garda to whom he gave an account of his movements.

The jury heard he told gardaí he had driven to a location with Mr Finnegan, who got out of the car to meet someone. He said he was attacked through the window of the car and drove off while the men were beating up Mr Finnegan.

Mr Grehan said this was the first of many accounts given by the accused to put gardaí off the scent by referring to a location nowhere near Rahin Woods where the body was found. He said he later changed his accounts "to fit with evidence the gardaí had".

Mr Finnegan's remains were discovered by a man walking his dog at Rahin Woods on 2 September.

The jury was told it will hear from a pathologist that the cause of death was multiple stab wounds, and it was a difficult enough conclusion to make because of the level of decomposition and the fact that the body had been decapitated and attempts had been made to cut it up and burn it.

The remains were found buried in a shallow grave, which was a drain covered with various materials.

A search of the area also uncovered the remains of a fire, a shovel, a garden fork, a large knife and the burned remains of a phone and a nozzle from a petrol can.

A glove was also found containing blood which, when analysed, matched the DNA of the accused, Mr Penrose. 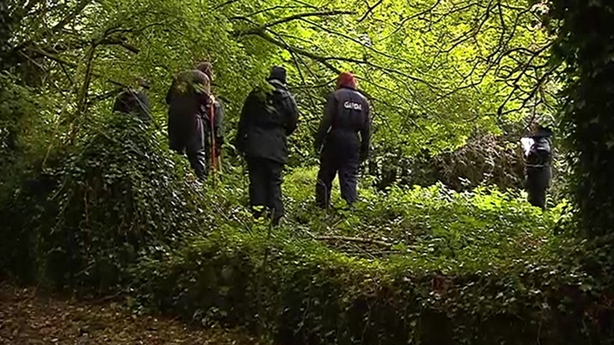 Mr Grehan said the jury would be shown CCTV footage of Mr Penrose and Mr Finnegan in a car together at one location, and later Mr Penrose alone in the car. The journey time between the two locations was just ten minutes, but it was just over an hour between the sightings.

Mr Grehan said it was the prosecution's case that during that hour, Mr Finnegan had gone into the woods with Mr Penrose and met a gruesome death.

He said Mr Penrose had presented himself at various premises pretending to be the victim of an attack by some unidentified persons.

Mr Grehan said the prosecution would say the only logical conclusion, with the CCTV and the presence of the accused man's DNA on the glove, was that Stephen Penrose murdered Philip Finnegan and sought to dispose of his body before "telling lie after lie" to gardaí.

The trial before Mr Justice Alex Owens is expected to last up to six weeks.