A judge has ordered Aer Lingus to pay €8,250 plus costs to the family of a boy with serious medical conditions, who could not travel on the airline for a Share A Dream trip to Orlando because of his oxygen machine.

Rian Stack and his family from Cork did manage to get to Orlando with another airline for the trip in 2019.

The disappointment of not being able to fly with Aer Lingus was dealt with at the ruling of the settlement offer by Judge Joanne Carroll at Cork District Court.

The family's solicitor, Amy Connolly from Cantillon Solicitors, said: "Rian is a young boy who has a tracheostomy and is a wheelchair user. He suffers with a neuromuscular condition, myotublar myopathy as well as a respiratory condition and scoliosis. He does not have an intellectual disability.

"On or about 20 January 2019 Aer Lingus agreed to provide business class return flights from Dublin to Orlando to the claimants departing on 15 October 2019, and returning on 31 October. The flights were booked for the purposes of a once in a lifetime family holiday to Orlando which was part of a Share A Dream trip, a foundation that grants wishes for sick children.

"Rian, his parents and younger brother were travelling to Orlando along with Rian’s grandparents and a nurse. His aunt and uncle were to join them a few days later," she said.

"Rian was required to lie flat for periods during the course of the long-haul flight and also required the use of a portable oxygen concentrator (POC). The Aer Lingus website said it permitted the use of approved POCs." 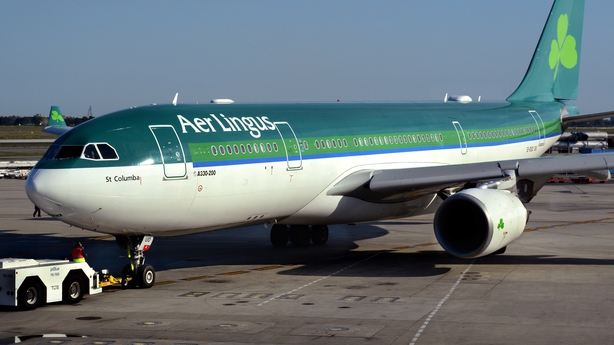 The solicitor said Aer Lingus later informed the family on 22 August 2019 that the POC, which the family supplied themselves, was not permitted in the business class cabin and could only be allowed in the economy cabin as it could not be secured under forward seat storage in business class.

"Rian’s parents feared the entire trip would be placed in jeopardy and as a result they contacted KLM/Delta Airlines who were in a position to accommodate Rian using the POC in business class with no difficulty.

"The events caused significant stress, inconvenience and financial loss and expense as a result of the acts of the respondent," Ms Connolly said.

Judge Carroll said: "In fairness, Aer Lingus have made a very good settlement, totalling €8,250. I order it be paid out immediately. I am also going to order the costs be paid by Aer Lingus."

Rian’s father Stephen Stack said the family was happy with the settlement. He said the case was about access and would not have been taken had Aer Lingus been consistent in the application of some of its own policies.

Judge Carroll said: "To be fair, Aer Lingus are usually very, very good. They are an excellent carrier and they would have had to undertake a risk assessment. No doubt they will learn from the case. I have no doubt Aer Lingus will rectify the position going forward."

Judge Carroll commended the Stack family for their "tenacity".

"It is not always easy to keep going in the face of adversity," she said.

Rian's mother Orla Stack said "this won’t be the last fight we have".

"We come across things every month. That is the reality for a wheelchair user in Ireland."