All litigation and counterclaims were stayed on confidential terms at the High Court in Belfast.

The action ended after a marathon 19 days of evidence on the breakdown of a once-close relationship between the men.

He was claiming up to £6 million against Cyclone Promotions UK Ltd - of which Mr McGuigan was a director - over purse fees, broadcasting rights, ticket sales and merchandising.

Lawyers for the Belfast fighter alleged that he had been signed up to a "slave contract".

In a counter suit, Mr McGuigan claimed Mr Frampton was in breach of contract by quitting his Cyclone organisation in August 2017.

Both men denied any wrongdoing throughout the case.

A resolution in their legal dispute was reached following the discovery of more than 10,000 emails potentially relevant to the case.

The court was previously told the electronic messages had either been lost or deleted from the Cyclone account.

But in an unexpected development, it emerged that masses of archived emails were found on the company's systems last week.

Proceedings were adjourned to allow a "mammoth" trawl through all the newly-located material continued.

Mr Justice Huddleston was then notified last night that a settlement had been reached by consent.

An order drawn up today confirmed: "All further proceedings in these actions and counterclaims be stayed upon the terms set out in the signed and dated document entitled 'Settlement of McGuigan v Frampton Litigation'."

No direction was made on the costs of the case.

Nicknamed 'The Jackal' for his exploits in the ring, the fighter won world titles in two different weight divisions.

However, he claimed that Mr McGuigan promised him a 30% share of profits as an incentive to end a previous promotional arrangement with boxing giant Matchroom and sign up with a Northern Ireland-based Cyclone firm set up in 2013. 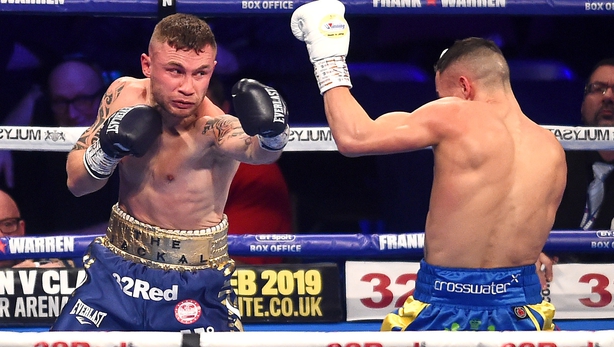 In evidence, Mr Frampton alleged that he was never paid as a director of that company.

He then vowed never to fight for Mr McGuigan again after the taxman called at his home with a bill for nearly £400,000, the court was told.

The boxer's case centred on an alleged conflict of interest over Mr McGuigan's dual role as manager and promoter of some fights.

Any suggestion that money had been stolen from him was categorically denied.

During cross-examination counsel it was put to the fighter that he was no "little boy lost", instead having a major say in what his purses would be.

Mr McGuigan had sacrificed the chance to make a fortune out of Mr Frampton's title contests in the US for the boxer's own good, it was claimed.

The court also heard how the atmosphere between the two men in their final days working together was described as "toxic".

A manager at a gym where Mr Frampton completed preparations for hometown shows in Belfast claimed ex-trainer Shane McGuigan told an associate that the boxer was "finished" and had only one fight left in him.

In his evidence, Mr McGuigan denied ever promising a 30% profit cut or concealing money from the fighter.

He repeatedly stressed how the fighter was among the best ever paid in his division, and explained that he treated him "like he was one of my boys".

One of Mr McGuigan's sons also spent five days in the witness box.

Musician-turned-promoter Blain McGuigan told how the family was proud of Mr Frampton's achievements and earnings.

He also rejected claims that expenses from one the boxer's biggest contests were "inflated" to £75,000 in a bid to reduce profits.

Ultimately, a resolution was reached on all areas of dispute without the need for any judicial determination.

Welcoming the end of the legal dispute, Mr Frampton said he was "extremely happy" with the terms of the settlement.

He described the past three-and-a-half years as "difficult but necessary".

"I want to also pay tribute to my fans, my friends and my family who stood by me and supported me throughout," the boxer said.

"None of this would have been possible without the amazing love and support of my children, and of course my extraordinary wife Christine.

"I am glad this chapter of my life is now behind me and my focus now, as always, remains on becoming a three weight world champion in 2021." 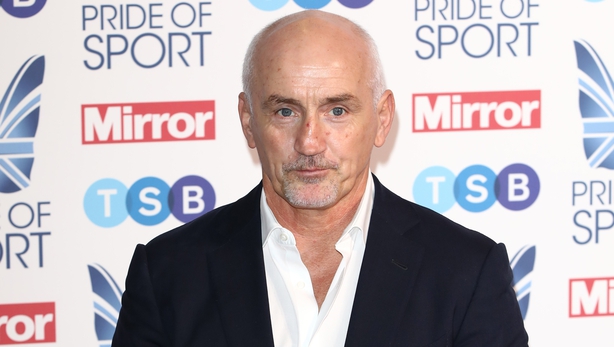 A statement issued on behalf of Barry McGuigan and Cyclone Promotions confirmed the settlement was reached without any judgment on the merits of either side's case.

It said the confidential agreement would avoid "the expense, burden and uncertainty associated with these proceedings", as well as avoiding any future misunderstandings.

Mr McGuigan said: "We are satisfied with this settlement and I believe that my family and I can now move forward after a very difficult time in our personal lives.

"We are pleased to see this lawsuit come to an end."

He added: "We feel that the mutual understanding between us and Carl Frampton will work in favour of both parties.

"We will now focus exclusively on what we do best, rather than spend time and money in the courtroom."