Ten people have appeared before Dublin District Court charged with posting the names or photographs of two boys convicted last year of the murder of Ana Kriégel.

The 14-year-old girl was attacked and found beaten to death in a derelict house in Lucan, Co Dublin in May 2018.

Two judges in two courts had ordered that the boys not be identified and warned that to do so would be illegal.

The six men and four women are all charged with posting images and/or text on social media that identified either or both Boy A and Boy B a few days after they were convicted in June 2019.

The court was told that a conversation thread Robert Murphy had with his sister's boyfriend on Facebook in which he named Boy A was actually public.

Jake Marshal allegedly posted a photo on Twitter with the words: "There you go, Boy A, Boy B, everybody deserves to see these two."

Louise Heaney is alleged to have shared a picture of Boy A on Twitter, while Hazel Fitzpatrick allegedly posted a picture on Facebook with the words: "These are the people who were involved, everyone should see their photographs."

Leeanda Farrelly, Gareth Cunningham, Jamie Shannon, Edel Doherty and Kyle Rooney are all accused of posting a picture of one of the boys on Twitter.

Declan Corcoran allegedly posted a photo of the two boys on Twitter.

Judge Brian O'Shea first issued a bench warrant for Jamie Shannon and Kyle Rooney because they did not appear in court, but this was withdrawn after their solicitor Tony Collier told the court that he had advised both men that they did not have to turn up.

The Director of Public Prosecutions has directed the case can be dealt with at the district court and all ten were remanded on bail to appear again in December for a plea or trial date.

The investigation was launched when images and details were circulated online, despite a court order being in place preventing the 14-year-old boys being named and a provision under the Children Act that prohibits the identification of minors accused or convicted of a criminal offence.

One person has already appeared in court in relation to this matter following a lengthy garda investigation.

Last week, 25-year-old Rebecca Ryan from Ballybeg in Waterford was brought before Waterford District Court, accused of sharing pictures of the boys on Twitter.

She is due back before the court in December. 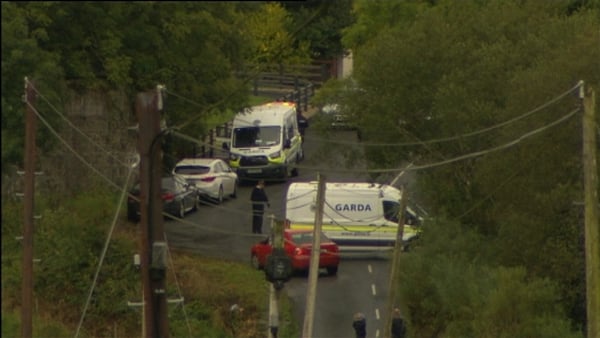