The High Court has rejected a third attempt by French authorities to extradite Ian Bailey for the murder of Sophie Toscan du Plantier.

Mr Bailey was convicted in France, in his absence, of the murder of Ms Toscan du Plantier in west Cork in December 1996.

Mr Bailey, who is originally from England but also lives in Schull, was questioned as a suspect, but Irish authorities decided he should not be charged. He has always denied any involvement.

A French court convicted him of the murder in his absence last year and imposed a 25-year prison sentence, in proceedings described by him as "a farce".

There have been two previous attempts to extradite Mr Bailey.

The Supreme Court ruled on the issue in 2012.

It found his extradition was prevented because the law in France and the law in Ireland dealing with crimes committed outside their territories were not reciprocal.

Irish law at that time did not allow a non-Irish citizen to be prosecuted here for an offence committed outside Ireland.

So an English citizen could not be prosecuted in France for an offence committed here.

The law has since been changed, allowing someone who is an Irish citizen or ordinarily resident here to be prosecuted here for an offence committed outside Ireland.

But Mr Justice Paul Burns found there was still an important difference between French and Irish law in relation to crimes committed outside their territories. 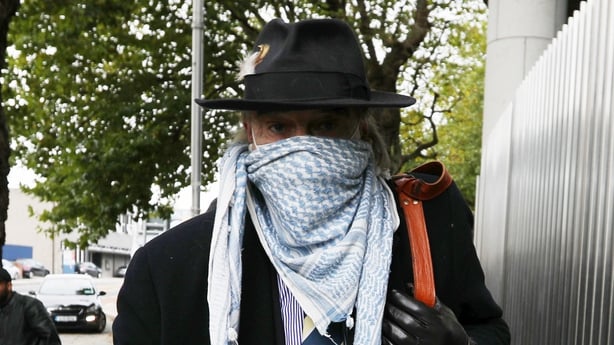 He found this still prevented Mr Bailey's surrender to France.

A second extradition request in 2017 was dismissed by the High Court as an abuse of process.

The judge found that despite the change in the law, Mr Bailey had an "accrued right" not to be surrendered on the basis of the previous court decisions.

He said the Oireachtas had not demonstrated an intention that he should be deprived of that right.

The matter will be back before the court on 27 October when the State is expected to signal if it intends to appeal.

Mr Bailey did not speak outside court, but his solicitor Frank Buttimer said his client was extremely relieved at the decision.

Mr Buttimer said the impact of the entire situation on Mr Bailey's life had been extremely challenging for the past 24 years.

He said Mr Bailey had always expressed sadness and sympathy for the family of Ms Toscan du Plantier, while at the same time always maintaining his innocence in relation to anything connected with that dreadful crime.

He said Mr Bailey appreciated the contribution of his legal team.

Mr Buttimer noted that the judgment had not been formalised and it remained to be seen if the State intended to take the matter further.

He said Mr Bailey intended to return to west Cork and attempt to get on with the rest of his life as best he can, subject to any other decision made by the State.

The lawyer representing the family of Sophie Toscan du Plantier says the 'fight for justice will continue' despite today’s High Court rejection of French attempts to extradite Ian Bailey. Alain Spilliaert says the ruling was painful and disappointing for the family #Toscan pic.twitter.com/oXqP94At6r

The lawyer representing the family of Ms Toscan du Plantier has said their "fight for justice will continue".

Speaking in Paris, Alain Spilliaert said the judgment was disappointing, but said he and the family needed more time to consider its implications.

He said today's judgment represented a further delay to the legal process and said this was very painful for the family, after nearly 24 years of uncertainty.

Mr Spilliaert intends to meet the family later this week to discuss "their next steps".