The Supreme Court has reinstated a ten-year sentence imposed on a man for the rape of his wife in 2014.

The Court of Appeal had reduced the prison term to be served by the man for rape, threats to kill his wife and a hammer attack on her, to eight-and-a-half years in total.

But that decision was found by the Supreme Court in December to be legally wrong.

The Supreme Court ruled in December that in sentencing in rape cases, particularly a marital rape, involving a pattern of violent and abusive behaviour, all those events must be considered to arrive at a "just result".

The case was before the court this morning to decide on an appropriate sentence for the man following that ruling.

Mr Justice Peter Charleton said the circumstances of this rape involved the domination of the woman who was entitled to trust her husband, the chilling threat of violence, the betrayal of the sanctity of the home, and the "incipient menace" that kept her effectively captive overnight and worried about her child.

He said the judge in the original trial correctly characterised the offence as being in the upper bracket of the more serious category of rape cases.

Mr Justice Charleton said the original sentence should be restored and there was no basis for any reduction.

The case involved an Irish woman and a man from an African country who married some years ago and had a child.

Their relationship deteriorated and there was a row on 2 May 2014. The woman moved to her parent's house but returned after agreeing with her husband that they would separate.

On 25 May 2014, there was a row in the kitchen, the husband produced a knife and threatened his wife that he would "cut open" her face. He ordered her upstairs and raped her.

He told her that if she rang gardaí on her mobile phone, they would not arrive in time to save her. She pretended reconciliation during the night as she was concerned about their young child.

In the morning, she went to the family law courts and got a protection order. The man rang and threatened to kill her. Over the following days, the man confronted her at work and their child's creche.

On 9 June 2014, he accosted her at a shopping centre and told her the next time she saw him, he would be armed with a hammer.

On 7 August 2014, he turned up at her parents' home claiming to have a present for the child. Instead, he produced a hammer and struck his wife several times on the head and also hit her mother on the head with it.

He fled after neighbours intervened, but he was arrested by gardaí.

The man pleaded guilty in the Central Criminal Court to the hammer attack, but denied the rape charges and three threats to kill.

He was found guilty by a jury and Ms Justice Isobel Kennedy jailed him for ten years in total. 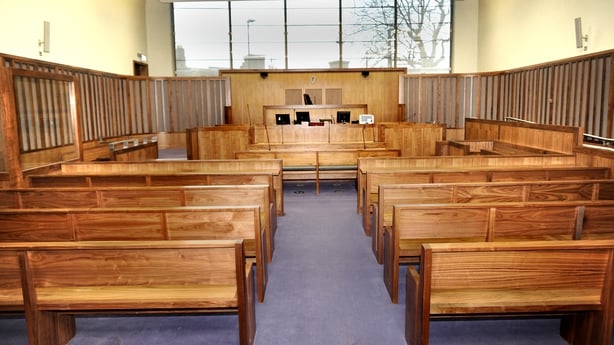 That prison time was incorrectly reduced to eight years and six months by the Court of Appeal following the man's appeal.

The Supreme Court said the Appeal Court was wrong in considering the rape threat and the prior offence of threat alone.

The court found a crime could not be viewed in isolation from its surrounding circumstances.

Woman 'pleased and relieved' by decision

The woman involved in the case said she was "pleased and relieved" at the Supreme Court's decision.

She said the decision was an enormous relief for her and for her family and was also really significant for future cases and for women who came forward to report domestic and sexual violence.

The woman said it was significant because it sent out a very strong message about the seriousness of such crimes.

She said she had been down a long road but she said the DPP made the right decision to challenge the Court of Appeal's ruling.

In a statement, the Dublin Rape Crisis Centre welcomed the decision, which it said had brought greater clarity to the complex issue of sentencing in a case of rape by a marital or intimate partner.

The judgment today focused on the capacity of the Supreme Court to deal with sentencing in an appeal such as this.

Noeline Blackwell, the Chief Executive of the Dublin Rape Crisis Centre, said the court's decisions pointed out that the Supreme Court had not only the right, but the duty to act in the interests of justice and the public good.

She said the court had been incorrect when it reduced the convicted man's sentence as it had taken the rape as separate from the other incidents of domestic violence.

Ms Blackwell said they welcomed the judgment and clarity the court had brought to certain aspects of sentencing of the crime of rape.

Tributes paid to Justice Frank Clarke on his retirement