The Supreme Court has said it intends to refer Graham Dwyer's case over the retention and accessing of his mobile phone metadata to the Court of Justice of the European Union.

The court made its decision by a majority of six to one.

Chief Justice Frank Clarke said he had expressed a view on three key issues in the case, but because the answers involve matters of EU law and the answers to them are not clear, the court was obliged to refer the issues to the Court of Justice of the EU in Luxembourg.

He said a draft document on the reference would be circulated to the parties and they would have seven days to make observations.

The eventual outcome of the case could have significant consequences for the investigation of serious crimes.

In December 2018, the High Court found the legislation allowing mobile phone metadata to be retained and accessed as part of the investigation of serious crimes breached EU law by being general and indiscriminate and lacking any independent oversight.

Such data played a significant role in the successful prosecution of Dwyer for murder.

Gardaí were able to get the data under Irish legislation brought in following a European directive, which was later declared invalid by the Court of Justice of the EU in 2014.

The State argued the decision would have grave consequences for investigations, prosecutions and convictions in serious criminal cases. 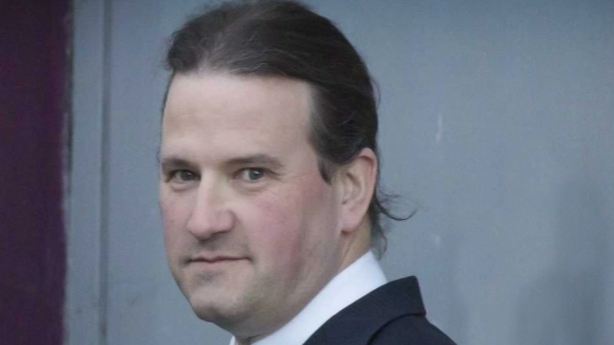 The Chief Justice said there were three central questions of European Union law at issue in the case.

He said in his view, a system of universal, limited retention of such data was not in-and-of-itself incompatible with EU law.

He said the evidence in the High Court was that the investigation and prosecution of serious crimes, particularly against women, children and vulnerable people would in many cases be impossible without access to such data.

Mr Justice Clarke noted that data could not be accessed if it was not retained in the first place.

However, he said it was his view that the Irish regime for accessing such data did not conform with the case law of the European Court, which specifies that there must be independent prior permission for such access.

The judge said there must be a robust access system in place, but in Ireland permission was granted from within An Garda Síochána and there was insufficient independent review in advance of the need for access.

The final question relates to whether or not the court has the power to rule that the law should be considered invalid only from the day of its judgment.

The State had argued in the Supreme Court that any decision that the law was invalid should date from the judgment and should not be retrospective. 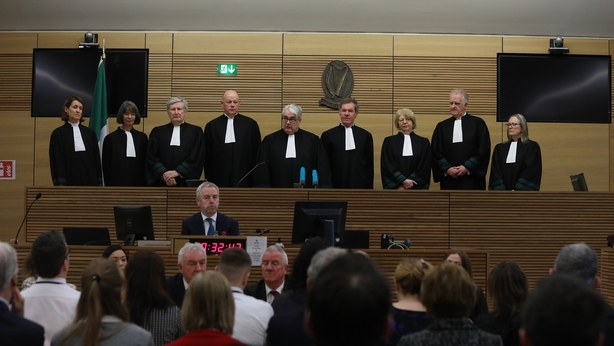 The Chief Justice said the court had the power to decide this and it was appropriate to exercise that power in this case.

He said the 2011 legislation was enacted because it was required by European Union law at the time.

However, the judge said these questions all involved difficult issues of European law.

He said said a national court, from which there was no further appeal, was obliged to make a reference to the Court of Justice in such a matter unless the there were clear answers to them.

Mr Justice Clarke said the parties would have seven days to make observations on a proposed draft reference document to the European Court.

Five other Supreme Court judges agreed with the Chief Justice.

Mr Justice Clarke noted the way an ultimate finding that the Irish law was invalid might affect Dwyer's criminal appeal was not an issue before the court.

Dwyer's appeal has been on hold pending the outcome of these proceedings.

Mr Justice Peter Charleton dissented and found that the issues involved in the case were for the national court to decide.

He ruled there was sufficient evidence for the Supreme Court itself to decide whether the High Court decision should be reversed or upheld. He said this was a national task.

In a statement, Minister for Justice Charlie Flanagan said he noted the judgment, which he said is being examined by his officials along with the draft preliminary reference from the court.

Minister Flanagan said: "I am conscious that this is an area of law where there have been, and there are pending, quite a number of references to the Court of Justice.

"It is clear that the current legal framework, allowing for access to communications metadata to combat criminals and terrorists, needs to be modernised in light of evolving jurisprudence.

"The Government has already approved drafting of a revised General Scheme of the Communications (Data Retention and Disclosure) Bill. The Bill will replace the Communications (Retention of Data) Act 2011.  Drafting of the Bill is well advanced and the Department of Justice and Equality is working closely with the Office of Parliamentary Counsel and the Office of the Attorney General on this matter.

"The draft legislation will, of course, need to take account of the outcome of the referral of this case to the CJEU."

He added that Dwyer is also appealing against his conviction in separate legal proceedings and "it would not be appropriate for me to comment at all on the details of the case".