A man who used a claw hammer to attack the flatmate of a woman he was obsessed with has had his sentencing adjourned while a psychiatric report on him is compiled.

Igor Lewandowski, 20, used a scaffolding pole to climb onto the first floor balcony of Eve McDowell's flat. He then walked inside and assaulted her flatmate with a claw hammer.

The 20-year-old, from Monasterevin, Co Kildare, was a first-year electronic engineering student at NUI Galway when he became obsessed with fellow first-year student Ms McDowell.

He began to stalk her incessantly last May.

He also pleaded guilty to a charge of aggravated burglary by breaking into her apartment on 27 May, while having a claw hammer with him, which he used to assault her flatmate Alison Buicke, causing her harm.

The accused has been held on remand since his arrest last May in connection with the offences and was refused bail on six occasions in the interim period.

He moved from Poland to Monasterevin with his family ten years ago.

In her victim impact statement read into evidence at his sentence hearing at Galway Circuit Criminal Court today, Ms McDowall said she feared for his life once Lewandowski was released from custody. 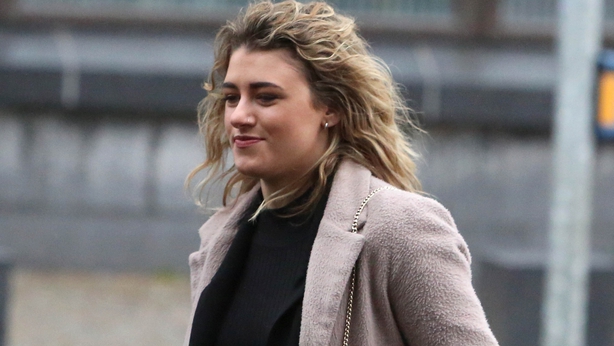 She said the court process had been very long, but she encouraged others who may be victims of stalking to come forward and make a complaint to gardaí.

Two psychological reports and one probation report were handed into court.

They concurred the accused had displayed no empathy for either of his victims and he was assessed as being at moderate risk of using violence in the future.

The court heard the accused had followed Ms McDowall to and from campus to where she lived between 10-27 May.

He followed her to her place of work in a clothing shop in Galway city centre at weekends and evenings and even stalked her as she met friends for lunch and later at night when she went out with friends.

CCTV from the shopping centre, viewed by Detective Garda Bernard McLoughlin, who investigated the matter, captured Lewandowski walking up and down outside the shop where Ms McDowell worked.

Her friends confronted him during their night out, but he ran from them and and hid behind a car. They found him and told him he was easily recognisable by his beard, hair and eyebrows.

Det McLoughlin said that following that incident Ms McDowall's doorbell rang early on the morning of 17 May at her student accommodation and she could see Lewandowski pressed up against the side window at her front door.

She became extremely concerned and upset when she realised he had shaved off his beard, eyebrows and hair and immediately dialled 999.

Gardaí became very concerned when she made a statement, recounting the stalking and harassment she had endured in the preceding weeks and they issued an alert, circulating Lewandowski's details to all garda units in Galway, but he could not be located.

Lewandowski returned to Ms McDowell's apartment complex on 27 May, armed with a hammer and used a scaffolding pole to reach her first-floor balcony.

He entered the apartment through an open door and attacked her flatmate, Ms Buicke, as she slept on the couch in the sitting room.

She used the duvet to fend off the blows, suffering defensive injuries to her arms.

Lewandowski jumped from the balcony when she raised the alarm.

He sprained his ankle in the jump and was found crawling along the Dyke Road nearby by gardaí a short time later. He was arrested and admitted both offences during his third interview.

Det McLoughlin said there had been clear premeditation as Lewandowski had gone to the apartment armed with a hammer and had told him when arrested that he did not bring his mobile phone with him that morning because he knew gardaí would be able to trace his movements if he had done so.

He claimed he was going to use the hammer to break the side window and gain entry through the front door to the apartment.

He showed no remorse at the time for using the hammer to assault Ms Buicke.

Lewandowski also admitted during interview that while stalking Ms McDowell he had calculated the best vantage points in the student accommodation complex where she lived, from where he could simultaneously check her movements along either of two paths leading to and from her apartment.

The hidden vantage point also afforded him a clear view into her bedroom window and the front door leading to her apartment block.

He claimed he had loaned her €200 two months beforehand and that was why he had followed her.

She told gardaí that she first encountered him following her on 10 May 2019 and when she turned around and spoke to him, he had run away.

Det McLoughlin said the accused had several opportunities to speak to her at her place or work or while with her friends, but he had always run away when confronted.

Ms Buicke did not want her victim impact statement read in open court, but it was handed into Judge Rory McCabe. 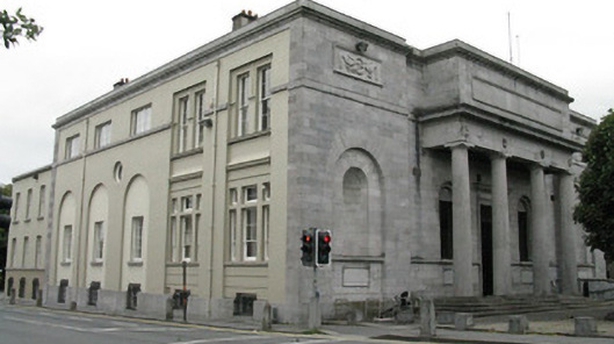 She said what happened would affect her for the rest of her life.

"My trust in everyone, especially men, has been completely destroyed. This has distorted my view of people's intentions, shattered my confidence and has stripped me of my independence," she said.

She said she suffered from night terrors, could not go out alone at night and was continually looking over her shoulder during the day.

"I'm constantly concerned that someone is watching or following me.

"Once my stalker gets out, I will have to leave Galway along with my friends and the life that I have worked so hard to build here. I won't feel safe here.

"I don't know whether my life is in danger. I fear for my life and my safety," her statement read.

Defence counsel Patrick O'Sullivan told Lewandowski's sentencing hearing that his client has been subjected to 23-hour lockdown in prison for his own protection following threats from other prisoners after they heard of his behaviour.

He said his client had written a letter of apology to his victims and he was genuinely remorseful and would undertake to move to college in Dublin and stay away from Galway.

Judge McCabe adjourned sentence in the case to 21 May for Lewandowski to be assessed by a psychiatrist.

He said issues raised in the two psychological reports and probation report handed into court did not answer questions regarding the risks posed by the accused in the future.

Afterwards, Ms McDowell said: "Obviously the court needs time to think about things but I was hoping for closure today.

"It's unfortunate because this is a long process for victims. You don't often hear of stalking cases so much in Ireland. I had never heard of the likes of this before it happened to me.

"This isn't a country where you think things like this would happen. It would have been better to get it over with.

"The court process, I find, really triggers trauma for victims. It brings things back up. It's not a nice process to go through.

"To have to sit in the same room as him and to have everything that happened made so public, but, if this helps other people in any way to recognise signs of stalking and harassment and know that they should contact the gardaí.

"Don't put it down to paranoia. Go with your gut feeling and it's important to report it."