A charge of sexual assault against the entertainer and comedian Al Porter has been dropped at Dublin District Court.

Mr Porter, who was charged under his real name, Alan Kavanagh, had denied sexually assaulting a young man at a venue in Dublin.

Counsel for the Director of Public Prosecutions, Diarmuid Collins, told Judge John Hughes that the prosecution was not proceeding any further and the charge could be struck out.

Outside court, Mr Porter said he had always denied any wrongdoing in the case.

An order preventing the media from naming Mr Porter was lifted today, following an application on behalf of eight media organisations, including RTÉ.

Details of the date and place where the incident was alleged to have taken place cannot be reported.

At a previous hearing barrister Shane English, for the media organisations, told the court that the law does not grant anonymity to a person accused of sexual assault, unless identifying them could identify the complainant in the case.

The purpose of the legislation was to prevent the identification of the complainant, not the protection of the accused, he said.

Mr Porter's solicitor, Michael Staines, said his client had not sought anonymity, but as an officer of the court, he was concerned there was a risk the alleged victim could be identified by naming Mr Porter.

The judge said it was appropriate under the Victims's Directive for gardaí to consult the complainant.

The court heard that there was no legal requirement to canvas the complainant's views, but his views had been sought and he had no difficulty with Mr Porter being named.

However, prosecuting counsel Diarmuid Collins said they were now in a position where the prosecution was not proceeding and it was a matter for the court if it wanted to revisit the previous order, which was made in August.

Judge Hughes agreed to lift the order preventing Mr Porter's identification, but imposed a further order preventing the location and date of the alleged incident from being published, following a further submission on behalf of the DPP.

Mr Collins said there was concern there could be speculation about the case on social media if those details were published and that could lead to the complainant's identification.

Mr Porter had pleaded not guilty and the case would have been sent forward to Dublin Circuit Criminal Court for a trial before a jury.

He gave a short statement outside court, flanked by members of his family.

Mr Porter said he wanted to thank his family, friends and solicitors for their support during two long and very anxious years. He said he had fully co-operated and respected the legal process.

He said he was in complete agreement with his identity being published even before he had known the charge was to be withdrawn.

Mr Porter added that he had always denied any wrongdoing whatsoever in the case. 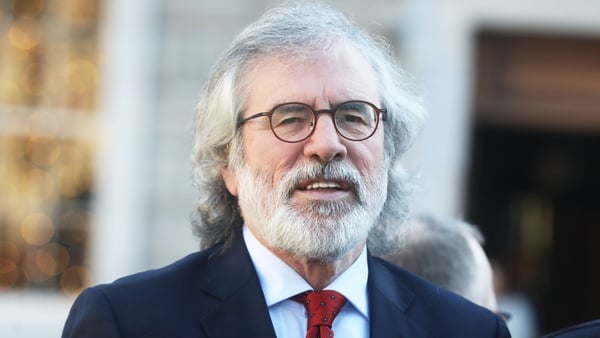