The father of a 26-year-old woman, who says she developed narcolepsy from the Pandemrix swine flu vaccine ten years ago, has said he never expected that an incurable life-long illness could be a side effect of the vaccine.

Pat Bennett was giving evidence in the action taken by Aoife Bennett of Lakelands, Naas, Co Kildare, against the Minister for Health, the HSE, the manufacturer of the vaccine, GlaxoSmithKline Biologicals, and the Health Products Regulatory Authority.

He said he had read the information that was available at the time and had read about possible side effects. "I expected nausea or something, not an incurable life-long illness."

Counsel for the HSE said there was additional information available about "rare but serious side effects".

Mr Bennett said he would have taken this to mean anaphylaxis or a complication from a heart condition but not narcolepsy or cataplexy. He had never heard of the the conditions before his daughter was diagnosed.

He said he did not have to use information phone lines advertised by the HSE because he had worked in the health system for 30 years and could pick up the phone to a number of professionals.

But he believed the Chief Medical Officer was the expert in this field and if Dr Tony Holohan said the vaccine was safe then it "was safe as far as I was concerned".

During cross examination Mr Bennett agreed there had been a series of newspaper articles about a controversy in Germany about the Pandemrix vaccine and that regular press conferences were held here to keep the public up to date about the pandemic.

He agreed that on 4 December there were newspaper articles about the virus peaking but the advice was to continue the vaccination programme because people were still getting sick. But he said the UK "was in treatment mode while Ireland continued to vaccinate".

It was put to him that it was still of significant value to continue to vaccinate and he replied, "that is what we were told".

He said a simple line on the information sheet given to parents that the vaccine had not been tested on his daughter's age group would have informed people more. He did not agree with HSE senior counsel Maurice Collins that to do so would have misinformed people. Mr Collins said to simply say that would have excluded all the other information which led to the vaccine's approval.

Earlier Mr Bennett said if his daughter had been in Newry rather than Naas, she would be well now.

"This is the only time I am ashamed to be an Irish man that I was not born in Northern Ireland, where there was a humane approach," he said, referring to the fact that mass vaccination had stopped in Northern Ireland in December 2009.

Mr Bennett said he believed it was a civic responsibility to get the vaccine to protect his children, family and community.

"We wanted to be responsible citizens," he said.

He said he heard the Department of Health Chief medical officer on the radio.

"I would have no reason to doubt him. The message was that the vaccine was safe," he told Mr Justice Michael McGrath.

He added that he thought it would be better to get it than not.

He said he has got the swine flu vaccine himself, but he was given the other vaccine which was available.

Mr Bennett said his family were "like mushrooms in the dark" and discovery of information and documents before the case has "brought a lot of information out". 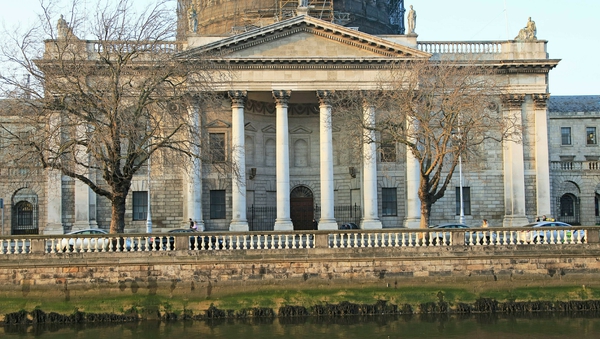