The High Court has confirmed the appointment of an examiner to League of Ireland side Limerick FC.

The company, represented by Gary McCarthy instructed by solicitor Barry Lyons, had petitioned to the court to place the company in examinership, on the grounds that if certain steps were taken it could survive as a going concern.

The application was opposed by Revenue Commissioners, which is a creditor of the company.

Represented by Arthur Cunningham Bl Revenue had argued that the application for examinership should be refused on grounds including that the club is not commercially viable.

Revenue claimed that there were issues about the club getting a licence to play in the League Of Ireland, and that it would not get a tax clearance certificate which it requires to get a licence.

Counsel also cited an ongoing investigation into alleged match-fixing by gardaí, the fall in ticket sales, and that the club's main sponsor had gone into liquidation, as other factors why the club should not be allowed enter examinership.

Revenue's claims were rejected by Mr McCarthy who said that an independent expert's report showed that the company's problems were capable of being solved if the examinership was allowed to proceed. 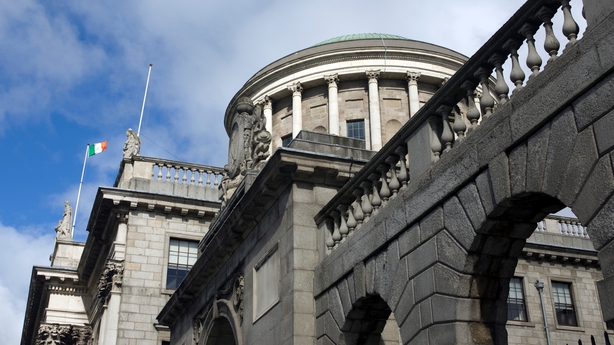 In his ruling, Mr Justice O'Connor said he was satisfied that the legal criteria had been fulfilled that would allow the court to confirm Mr Noone as examiner to the company.

The Judge said that he was taking into consideration contents of the Independent Experts report, which stated that while the company was clearly insolvent, it had a reasonable prospect of survival in the event of a successful examinership.

The judge also remitted the matter back to Limerick Circuit Court, given the size of the company.

Mr Noone, who was appointed examiner on an interim basis last week, has up to 100 days to put together a scheme of arrangement with the League of Ireland First Division side's creditors which if approved by the Courts would allow the company continue to trade.

Mr Noone, represented by Ross Gorman Bl during the hearing, will also continue to seek fresh investment in the club.

Mr Gorman said there have been expressions of interest by potential investors in the club, which has debts of approximately €490,000.

He added that since his appointment, Mr Noone has held talks with the Football Association of Ireland, which he said have set out the criteria that must be met before the club could get a licence allowing it to compete in next season's league.

The court previously heard that in order to secure the club's future, company director and club chairman Pat O'Sullivan is willing to hand over control of the football club to a new investor, to ensure the continuity of the club into the future.

In seeking the protection of the court from its creditors, the club said its financial difficulties are due to reasons including recent match-fixing allegations against certain of the club's players, payments of player's expenses.

The club cited its relegation in November 2018 from the League of Ireland's Premier Division as another reason why it has gotten into difficulty.

The club's relations with the FAI and the body that represents professional players in the league - the PFAI - were also strained.

In addition, solidarity payments to the club from the Football Association of Ireland, and UEFA, which the club expected to receive at the start of the current season, have failed to materialise.

Other matters that impacted on the club include the threat of strike action by the club's players,  issues over the club's licence to play in the League Of Ireland, its tenancy at the Market Field Stadium in Limerick where the team plays its home games, declining attendances and the failure to attract sponsorship.

The matter will return before the courts in October.