Anastasia Kriégel's mother has told the Central Criminal Court that her daughter had been bullied endlessly but was not suicidal.

Two teenage boys have denied murdering the 14-year-old girl on 14 May, 2018 at a derelict farmhouse in Lucan. One of them has also pleaded not guilty to violently sexually assaulting her.

Geraldine Kriégel said Ana had been adopted from Russia in 2006, when she was two-and-a-half years old.

She said her daughter loved dancing, and would spend hours in the front room listening to music, dancing, practising her moves and singing. She was also an incredible swimmer, her mother said.

She had problems with her hearing and her eyesight due to a tumour, which had to be removed.

Her mother said Ana was happy in primary school but had a few difficulties in 6th class. Her resource teacher was concerned about her going to secondary school.

The court heard that the teacher felt Ana was so vulnerable and innocent in her manner that children might make a mockery of her and tease her.

Ana had also told a teacher that she felt suicidal. Mrs Kriégel said her daughter did not mix very well and was a bit of a loner. The resource teacher urged her to talk to the secondary school principal about her daughter.

The mother said Ana did not seem to make friends or lost them very quickly.

Mrs Kriégel said Ana was extremely tall and very strong and looked much older than her years.

She said Ana had been cyber-bullied by older pupils from secondary school, who had sent awful messages through Snapchat.

Mrs Kriégel said there was explicit sexual innuendo and the messages were very frightening.

There were also messages about Ana's height, about the fact that she was adopted and had a "fake mum and dad".

Her mother said the messages were "awful insulting things, to make her feel very small".

Because of this, she said, she took Ana's phone and iPad every night and checked through her accounts. She said Ana didn't like this much, but understood it was for her protection.

She told the court she had been concerned about a photograph showing Ana sitting on a chair with her hands behind her back and her legs tied.

But Mrs Kriégel said this turned out to be a prank. Ana and her friend were trying to make out she was in trouble so that some boy she liked would come and rescue her.

The court heard Ana posted some videos on her YouTube channel and would get nasty comments. One user said he would have her executed, another told her to "go die".

Mrs Kriégel said Ana cut herself because she was upset about being suspended from school, but she said it was a scrape and she felt she was trying to copy someone else.

The court also heard about an incident in which Ana had been assaulted while walking home by four boys, one of whom asked her did she want to have sex with him. She was hit on the bottom and ran home where she was hysterical, the court heard.

Mrs Kriégel said her daughter was not at all academic, but got involved in everything in school.

She said Ana was "bullied endlessly" but was not suicidal. She had counselling sessions with Pieta House but they had no concerns for her, although Mrs Kriégel said they did ask that Ana's father bring her and collect her from school because she was so terrified of the bullies. 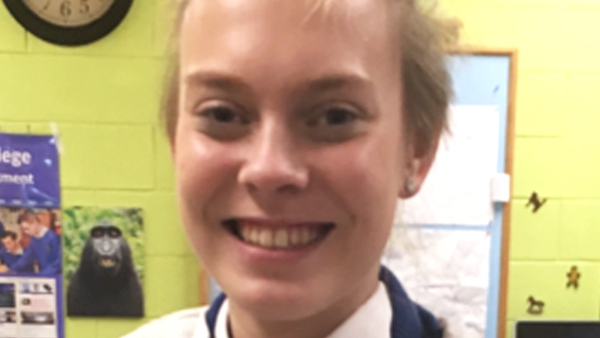