Former INLA member Dessie O'Hare, who was known as 'The Border Fox', told gardaí he was employed by Dublin businessman Jim Mansfield Jr to evict an employee and his family from his home, the Special Criminal Court has heard.

He also pleaded guilty to falsely imprisoning Martin Byrne at Rathcoole and Saggart on the same date.

The court also heard that Mr Byrne pleaded with O'Hare to be given a few days to leave voluntarily, but O'Hare told him he was to "get out right now".

He has been remanded in custody for sentencing next week. 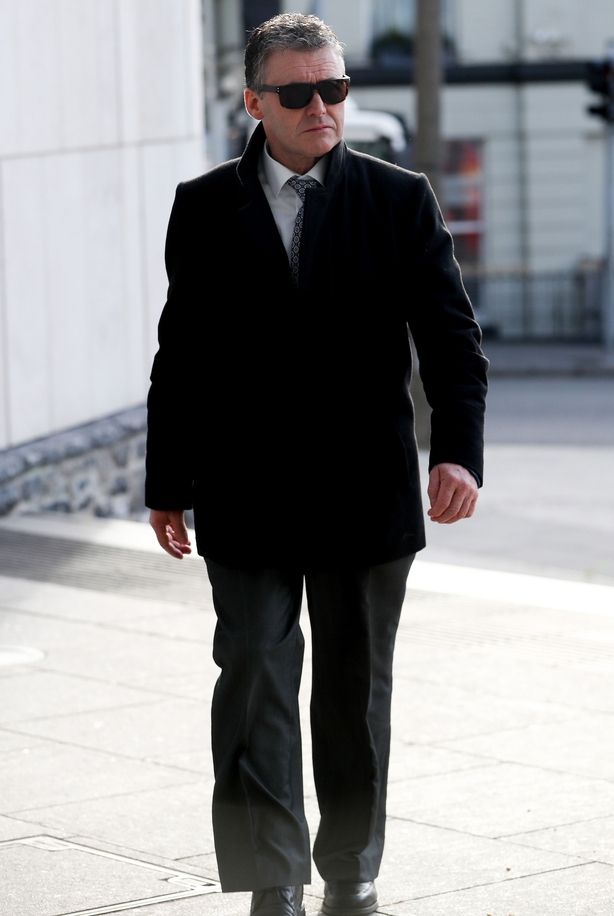 Mr Byrne worked in security and other areas for the late Jim Mansfield who owned the Citywest Hotel and other businesses.

He also lived in a house at The Towers on the complex, which became the subject of a dispute involving Jim Mansfield Jr, the Special Criminal Court heard.

Mr Byrne was forced into a car, assaulted and brought to his home. He pleaded with O'Hare to be given a few days to leave The Towers voluntarily, but O'Hare refused and told him he was to get out right now.

The court was shown CCTV footage of Mr Byrne's wife Lisa and her son being escorted by the gang of men from their home. Ms Byrne had been ordered upstairs to get dressed while a man stood watching.

The footage also showed the gang of seven men assaulting another man, John Roche, who had earlier refused to let them on to the premises. He was punched, kicked and stamped on while on the ground and O'Hare can be seen kicking him four times.

Gardaí were called by another resident, but O'Hare managed to get away. Extradition proceedings to return him for trial from Northern Ireland were discontinued after O'Hare presented himself at Clondalkin Garda Station with a prepared statement.

He told gardaí that he had been employed by Jim Mansfield Jr and subsequently pleaded guilty to assault and false imprisonment.

O'Hare has been on release from a 40-year sentence under the terms of the Good Friday Agreement for the past 13 years, but the prosecution said it had no instructions as to whether these offences would affect that.

Defence counsel said prison had an ongoing impact on him and there was real concern about the consequences of his return to jail. He also submitted a handwritten apology for what he had done.

Mr Justice Tony Hunt said a non-custodial sentence was unlikely and he remanded O'Hare in custody for sentencing next week.

Four other men have already been jailed for the attack.

O'Hare was sentenced to 40 years in prison for kidnapping and mutilating Dublin dentist John O'Grady.

He also has convictions and served sentences for gun offences and assaulting a garda.