The award was to the former deputy chairman of mining company, Kenmare Resources, Donal Kinsella, by a jury in 2010 against the company and its chairman, Charles Cavill.

The jury found a press release issued by Kenmare Resources was defamatory.

The three-judge appeal court found that while Mr Kinsella was defamed, the award must be set aside as disproportionate, unjust and unfair.

It decided that €250,000 was just and fair compensation for the wrong visited on Mr Kinsella as a result of the press release.

The jury at the trial found Mr Kinsella was defamed in a company press release issued on 10 July 2007.

It concerned an incident in Mozambique in May that year, where a company board meeting was being held, when Mr Kinsella sleepwalked naked to the bedroom door of company secretary, Deirdre Corcoran.

The press release referred to an "incident" and said Mr Kinsella was being asked to resign from the company's audit committee.

Mr Kinsella was prone to sleep walking and an investigation by an independent solicitor, on behalf of the company, found there was no conscious attempt on Mr Kinsella's part to enter Ms Corcoran's room and no improper motive in opening her door.

The Court of Appeal ruled that Kenmare Resources had not established the existence of any circumstances that would justify the court interfering with the finding of the jury that the press release was defamatory.

It said it was satisfied there was no serious error in the manner in which the judge hearing the case charged the jury in relation to the meaning of the press release.

It said it was satisfied no reasonable jury could have considered the €9m award of general damages necessary to compensate Mr Kinsella for the injury he sustained and to allow him to re-establish his reputation.

It also ruled it was satisfied the manner of Mr Kinsella's cross-examination did not justify the trial judge leaving open to the jury the possibility of awarding aggravated damages.

Even if that issue had been open to them, the Court of Appeal found the award would have had to be set aside as disproportionate.

The court said it had considered in full the evidence of Mr Kinsella in relation to the effect of the publication of the press release on all aspects of his life, and recognised any award of damages to be made in his favour must be sufficient to vindicate his reputation.

It said taking into account legal principles and other factors, including other defamation awards in other proceedings, the court concluded €250,000 would be just and fair compensation.

The issue of costs and other matters will be considered next month. 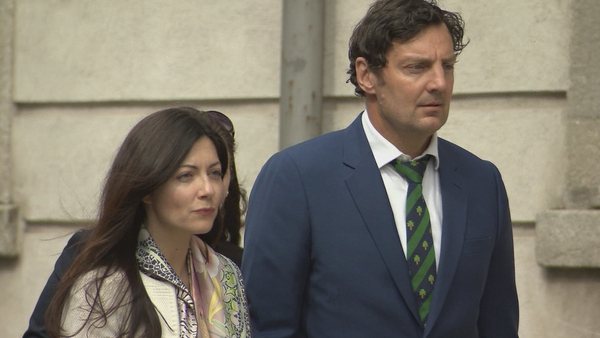