A retired surgeon who abused seven boys over a 20-year period has been sentenced to four years in prison.

Michael Shine, 86, from Ballsbridge in Dublin was convicted by a jury earlier this month of 12 charges of indecent assault and one charge of sexual assault on dates between 1971 and 1992.

The assaults took place during medical examinations at Our Lady of Lourdes Hospital in Drogheda, Co Louth, and at two private clinics in Drogheda.

One of his victims told the Circuit Criminal Court last week that Shine had handed him "a life sentence of pain, hurt, anguish and shame".

Patrick Cusack, 56, said he had not had a proper night's sleep in 45 years until the guilty verdict was announced.

'This has haunted me for 45 years' - Michael Shine victim

But he said he had now received the justice he had wanted since 1974 and could now truly say that what happened was not his fault.

The court heard that Shine had indecently assaulted six boys aged between 11 and 15 years old on dates ranging from 1971 to 1988.

He was also convicted of sexually assaulting a 16-year-old boy in 1992. The court heard expert evidence that there was no medical basis for Shine's behaviour as described by the seven men.

Judge Martin Nolan said Shine was in a position of trust and took advantage of vulnerable boys. He had convictions for similar behaviour and there had been no expression of remorse in this case.

He said he was aware a prison sentence involved the possibility of the defendant dying in prison, and he was aware of Shine's age and health problems, but he said age was no bar to a custodial sentence.

He imposed a four-year sentence.

Shine has three previous convictions for indecent assault relating to two complainants who were both aged 15 in 1975.

He was sentenced to 20 months in prison for these assaults in 2017 and has appealed the convictions.

His lawyers told the court Shine's health was precarious and that a prison sentence would have a profound impact on a man of his age.

Defence Counsel Hugh Hartnett told the court that Shine faced the prospect of dying in prison without the comfort of friends and family and had asked Judge Martin Nolan to consider not imposing a custodial sentence.

Shine had denied doing anything improper during the examinations and said he had no memory whatsoever of ever treating any of them. 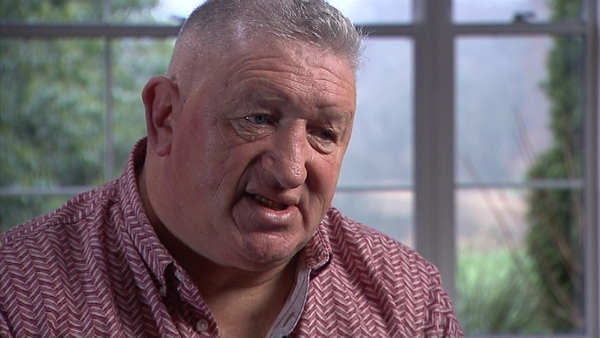 'This has haunted me for 45 years' - Michael Shine victim