An Irishwoman who killed her fiancé in Sydney has told a court of his repeated violence, including punching strangers and biting her all over her body, and how he accused her of sleeping with other men.

Cathrina Cahill said she could not look at other men when she was out with David Walsh, nor could she look in the mirror when driving as there might be a male driver behind.

If she did, she told the court, Mr Walsh would say: "I hope you got a good look, slut".

The 27-year-old was giving evidence in the New South Wales Supreme Court at her sentencing hearing for the manslaughter of Mr Walsh, 29, who was stabbed once in the neck in the early hours of 18 February 2017 at their home.

The couple shared the property in Padstow, south west of Sydney, with two other Irish nationals.

Ms Cahill, from Wexford, was originally charged with murder but the Crown accepted her plea to the less serious charge on the basis of substantial impairment due to an abnormality of the mind at the time.

When asked about the death by her barrister James Trevallion, she said: "There is not a day that goes by when I don't think about David's family. I loved him so much.

"He told me no matter what I did I would never get away from him and if I ever got with anybody else he would make my life hell." 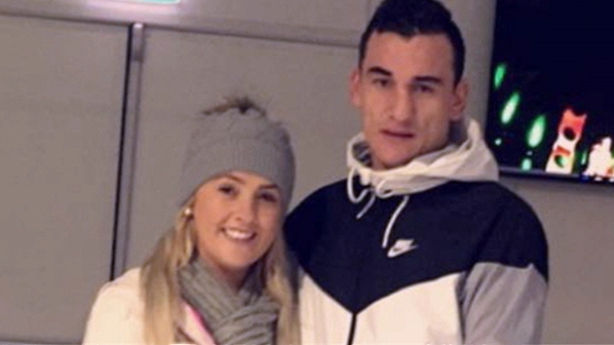 She testified that Mr Walsh blocked people from her Facebook account, deleted texts and numbers from her phone and was convinced she was having an affair with her boss.

He would come to her work to wait for her and make a gesture, which she demonstrated in court, of running a finger across his throat, she said.

Ms Cahill told the judge of a string of incidents when Mr Walsh punched men, including his friend, Paul Mulligan, who had just arrived to stay at their house.

"I was in my bedroom and David came and out of nowhere started accusing me of being with Paul Mulligan, which was totally untrue," she told the court.

"David came out and just hit Paul", who then moved out.

The court was told of an incident when Ms Cahill was with a female friend at a hotel when a man started talking to the other woman.

"David came in and hit the guy so hard he landed on the floor," she said.

Mr Walsh punched numerous holes in the house walls, threw a glass bottle through a new TV and "would constantly break things in the house", the court heard.

He would grab her face "and constantly bite me, that was his thing", she said. 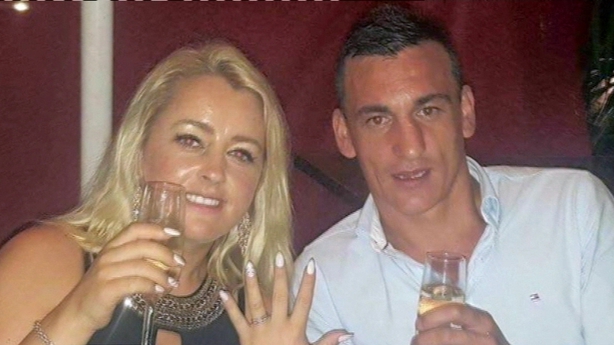 A former housemate testified that she saw Ms Cahill stab Mr Walsh in the back of his head on October 3, 2015.

But Ms Cahill said they had argued in their bedroom and she went to the door, but he blocked it and had a knife in his hand.

She went to grab it, he ran out and she cut the back of his head with the knife, the court heard.

Prosecutor Nanette Williams suggested Ms Cahill was lying because she knew the housemate's evidence was very "damning" about her purposefully going downstairs to get the knife and attack her partner in the head.

The hearing will continue on 9 November before Justice Peter Johnson, who said he expected to sentence Ms Cahill before 14 December.