A former Aer Lingus worker who helped smuggle illegal immigrants into Ireland has been jailed for four years.

Peter Kernan, 57, was sentenced at Dublin Circuit Court for his role in a people trafficking operation at Dublin Airport.

Kernan, of Rectory Lodge, Celbridge, Co Kildare, pleaded guilty to four counts of facilitating the entry of an illegal immigrant into the State at Dublin Airport between 29 December 2016 and 22 January 2017.

He also admitted three counts of handling the proceeds of crime at various locations between November 2014 and January 2017.

Sentencing Kernan, Judge Martin Nolan said human trafficking was a very serious matter and that people paid "huge amounts of money" to get into the country.

He said he believed Kernan and Cham played equal roles in the operation and deserved the same sentence of four years.

Inspector Michael Buckley, of the Garda National Immigration Bureau, said a garda operation was launched after an illegal immigrant who had flown into Dublin Airport on 8 January 2017 attempted to get on a flight to London the next day.

The man was arrested and his entry into the country was investigated.

Examination of CCTV footage of Dublin Airport revealed the man had been helped to circumnavigate immigration at the airport by Kernan and Cham, both Aer Lingus ground staff members. 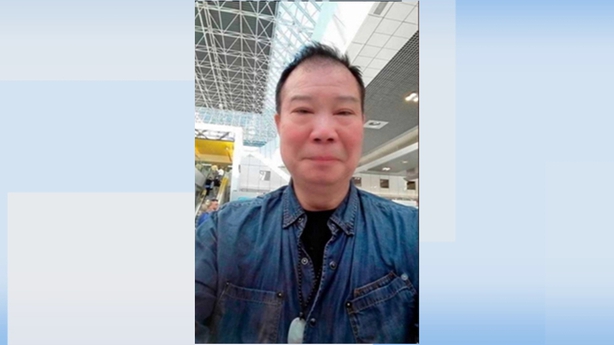 Further investigations revealed both men helped a number of foreign nationals to bypass Dublin Airport's passport control by using staff swipe cards to access an employee gate that was not being watched.

When arrested, Kernan told gardaí he was paid between €2,000 and €3,000 for every person trafficked into the country.

Either he or Cham would get a text from someone in Madrid to indicate that somebody was coming into Dublin Airport, the court heard.

Once the plane got to the airbridge, Kernan would meet the foreign national off the plane and escort him to the immigration hall.

Before entering this hall, he would bring the foreign national into a nearby lift where Cham was waiting.

The men would then exit the lift at ground level wearing high-visibility Aer Lingus vests and travel in a catering truck to a nearby hangar.

It was here, via a staff turnstile gate, that the foreign national would move from air-side to land-side and enter the country.

Kernan worked for Aer Lingus for ten years in the catering and loading department. At one stage, he was a union shop steward for his colleagues. He has since been fired.

Defence barrister Seamus Clarke said his client was under severe financial stress at the time of the offending due to his marriage breakdown.

He said Kernan only got involved when Cham told him about the operation and invited him to take part.

Kernan and Cham were close friends and Kernan was best man at Cham's wedding, the court heard.

He said Kernan has a number of serious health problems, including a heart condition and the presence of a cancer gene, which increased his chances of developing prostate cancer.