US President Joe Biden has commemorated the death of 1 million people in the United States due to Covid-19, marking what he called "a tragic milestone" and urging Americans to "remain vigilant" amid the ongoing pandemic.

In a statement, Mr Biden acknowledged the loss' impact on families left behind and urged the country not to "grow numb to such sorrow," noting "a nation forever changed."

Mr Biden will mark the milestone by ordering flags to be flown at half-staff, said the White House, which will also host a second global Covid Summit.

He has urged Congress to fund billions more in Covid aid to continue fighting the virus as new variants emerge, but this week decoupled the request from separate Ukraine aid that is set to pass in the coming days.

"We must remain vigilant against this pandemic and do everything we can to save as many lives as possible, as we have with more testing, vaccines, and treatments than ever before," Mr Biden said.

"It's critical that Congress sustain these resources in the coming months."

US politicians had reached a $10 billion deal but the additional tranche of funding has been delayed over variousconcerns.

The 1 million mark is a stark reminder of the staggering grief and loss caused by the pandemic even as the threat posed by the virus wanes in the minds of many people.

It represents about one death for every 327 Americans, or more than the entire population of San Francisco or Seattle.

By the time the World Health Organization (WHO) declared Covid-19 a global pandemic on 11 March 2020, the virus had claimed 36 lives in the United States.

In the months that followed, it spread like wildfire, finding fertile ground in densely populated urban areas such as New York City and then reaching every corner of the country. 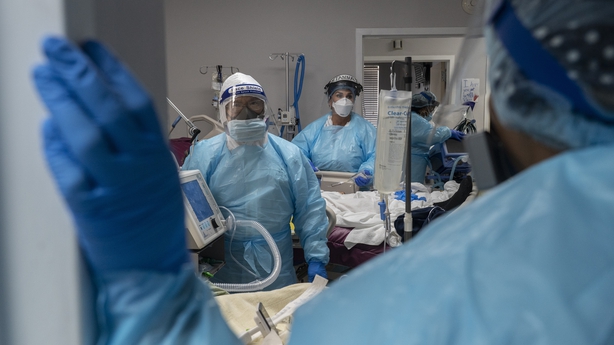 The US death toll had surpassed the total of the country's military deaths in World War I and it would exceed the American military losses of War World II by January 2021 when more than 405,000 deaths were recorded.

The true toll, including those who died of Covid-19 as well as those who died as an indirect result of the outbreak, was likely closer to 15 million, the WHO said.

Some of the images associated with Covid deaths are forever burned in the collective mind of Americans: refrigerated trucks stationed outside hospitals overflowing with the dead; intubated patients in sealed-off intensive care units; exhausted doctors and nurses who battled through every wave of the virus.

Millions of Americans eagerly rolled up their sleeves to receive Covid vaccines after distribution began in late 2020. By early 2021, the virus had already claimed a staggering 500,000lives.

At one point in January of that year, more people died from Covid-19 every day on average than were killed in the 11 September 2001 attacks. 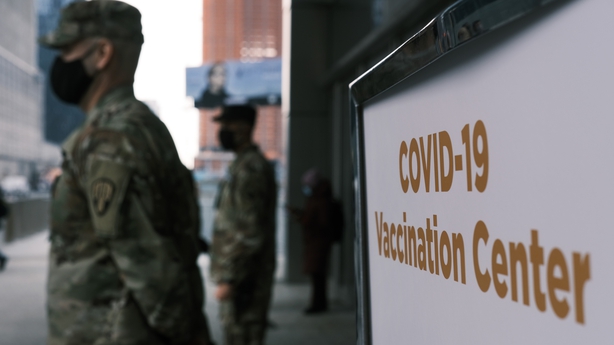 Covid-19 preyed on the elderly and those with compromised health, but it did not spare healthy youth either, killing more than 1,000 children.

Researchers estimate 213,000 US children lost at least one parent or primary caregiver during the pandemic, taking an immeasurable emotional toll.

The pandemic had a disproportionate impact on native communities and communities of colour. It hit harder where people lived in congregate settings, such as prisons, and decimated entire families.

With the Covid-19 threat subsiding after the Omicron wave last winter, many Americans have shed masks and returned to offices in recent weeks.

Restaurants and bars are once again teeming with patrons, and the public's attention has shifted to inflation and economic concerns.

But researchers are already working on yet another booster shot as the virus continues to mutate. 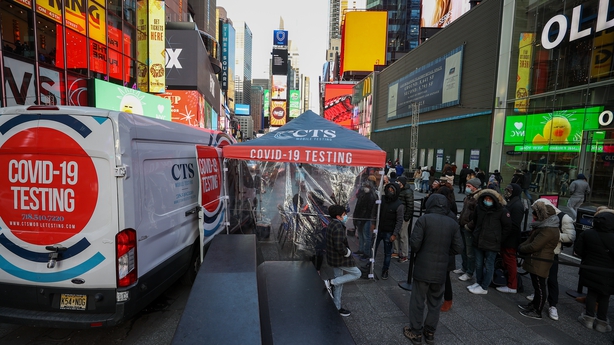 "By no means is it over," said top US infectious disease expert Dr Anthony Fauci at a recent event. "We still are experiencing a global pandemic."

Tracking the Covid-19 pandemic is not an exact science. Reuters and the other organisations who make tallies are reaching 1 million US deaths at different times.

The variation is due to how each organisation counts Covid deaths. For example, Reuters includes both confirmed and probable deaths where that data is available.

The precise toll of the pandemic may never be truly known.

Some people who died while infected were never tested and do not appear in the data. Others, while having Covid-19, may have died for another reason, such as a cancer, but were still counted.

The US Centers for Disease Control estimates that 1.1 million excess deaths have taken place since 1 February 2020, mainly from Covid. Excess mortality is the increase in total number of deaths, from any cause, compared with previous years.