The World Health Organization has warned against the notion that the Covid-19 pandemic becoming endemic would mean the disease was no longer dangerous.

"People talk about pandemic versus endemic," the WHO's emergencies director, Michael Ryan, told a virtual session of the World Economic Forum.

"Endemic in itself does not mean good - endemic just means it's here forever," Dr Ryan told the Davos Agenda roundtable on vaccine equity.

The rapidly-spreading Omicron variant of Covid-19 is much more contagious than previous strains but seems to cause less serious disease for vaccinated people.

That has triggered a debate on the virus passing from being a pandemic to becoming endemic - with the implication that the danger will have passed.

"What we need to do is get to low levels of disease incidence with maximum vaccination of our populations, so nobody has to die," said Dr Ryan.

Dr Ryan added that it was possible to end the waves of death and hospitalisations by the end of 2022 through vaccine-led public health measures.

But, he added: "We won't end the virus this year. We may never end the virus. Pandemic viruses end up becoming part of the ecosystem.

"What we can do is end is the public health emergency."

With the exception of the one-shot Janssen product, all the Covid-19 vaccines given emergency approval by the WHO require two injections.

Dr Ryan raised the prospect of three to four doses at some point being considered the full course of vaccination for enduring protection against severe Covid disease.

"As knowledge develops, and as we see the way the immune system matures and responds to either re-exposure or to an extra dose of vaccine, we may end up in a future where the primary course of vaccination for a vulnerable person might be three or four doses," he said.

"They won't be called boosters. It will be seen that you need three to four doses to develop that long-lasting, robust immunity that protects you from hospitalisation and death over a prolonged period."

England's covid restrictions to be substantially reduced next week

The UK's Health Secretary has said he is "cautiously optimistic" that the Government can "substantially reduce" Covid restrictions next week.

Sajid Javid told MPs it was likely "we have already reached the peak of the case numbers of hospitalisations" as ministers prepare to review Plan B measures next Wednesday.

"That is why we are the most open country in Europe.

"I have always said that these restrictions should not stay in place a day longer than absolutely necessary.

"Due to these pharmaceutical defences and the likelihood that we have already reached the peak of the case numbers of hospitalisations, I am cautiously optimistic that we will be able to substantially reduce restrictions next week."

Earlier, Professor Andrew Hayward, a member of the Scientific Advisory Group for Emergencies (Sage), said scientists hope the "direction of travel" for Covid-19 variants is that they become less severe.

He told Times Radio it "doesn't do the virus any good" to increase in severity, though new variants may prove to be even more transmissible than Omicron. 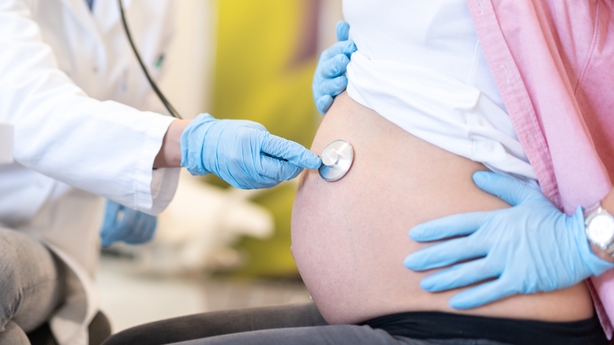 The European Medicines Agency (EMA) said that the latest safety data provides reassurance about use of mRNA vaccines during pregnancy.

The EMA said the review did not find any sign of an increased risk of pregnancy complications, miscarriages, preterm births or adverse effects in the unborn babies following mRNA Covid-19 vaccination.

The agency said that despite some limitations in the data, the results appear consistent across studies looking at these outcomes.

It added that given that so far pregnancy has been associated with a higher risk of severe Covid-19, particularly in the second and third trimesters, people who are pregnant or might become pregnant in the near future are encouraged to get vaccinated in line with national recommendations.

No evidence yet to recommend a fourth vaccine dose

Meanwhile, the EMA has said that it has not yet seen data on the fourth dose of a Covid-19 vaccine.

It said that currently there is no evidence for the need of a fourth dose in the general population with the current Covid-19 vaccines.

The EMA said that in people with severely weakened immune systems, who have received 3 doses for primary vaccination, it would be reasonable for public health authorities to consider the administration of a fourth dose.

The agency said today that global regulators agreed that the administration of multiple booster doses, at short intervals, would not be sustainable in the long-term.

It said that in the future, if it turns out there is a need to re-vaccinate, Covid-19 vaccines could be offered at the arrival of the cold season, as is done for the flu season.

It said this would increase the antibody response when people most need it.

Catalonia will on Friday lift a Covid-19 curfew imposed just before Christmas, but other social distancing measures will remain in force in the northern Spanish region.

"Restrictions on night-time movements will remain in place until 21 January. After that date, it will be possible to move around the streets of Catalonia as normal," regional government spokeswoman Patricia Plaja said.

"We haven't hit peak (infections) yet but the trend shows the sixth wave is slowing down," she added.

The Covid infection rate in Catalonia, a region of 7.7 million inhabitants which relies heavily on tourism, is higher than the national average.

The percentage of Covid patients in intensive care stands at 577 patients, nearly twice the national average.

Since 23 December, it has been illegal to be outside between the hours of 1am and 6am in the regional capital, Barcelona, and other towns of more than 10,000 inhabitants.

While that measure is now being lifted, other coronavirus restrictions in Catalonia will remain in force, including halving the number of people allowed into bars and restaurants, shuttering night clubs and banning private gatherings of more than 10 individuals.

The region continues to be stricter than the capital, Madrid, in requiring the public to show a Covid vaccination certificate to enter bars and restaurants.

Spain has witnessed a surge in infections since December and prevalence is currently among the highest in Europe.

The country has one of the continent's highest vaccination rates and 90.5% of over-12s are double-jabbed.

Australia has suffered its deadliest day of the pandemic as a fast-moving Omicron outbreak continued to push up hospitalisation rates to record levels, even as daily infections eased slightly.

Australia is dealing with its worst Covid-19 outbreak, fuelled by the Omicron variant of the coronavirus that has put more people in hospitals and intensive care than at any time during the pandemic.

"Today, is a very difficult day for our state," New South Wales (NSW) Premier Dominic Perrottet said during a media briefing as the state reported 36 deaths, a new pandemic high.

Only four of those who died in NSW had received their booster shot, prompting the state's health officials to urge people to avoid delays and get their third dose soon. Thirty-three were double-dosed.

"There needs to be a sense of urgency in embracing the booster doses," NSW Chief Health Officer Kerry Chant said. "For Omicron, we know that the protection is lower and we need that next boosting to get that higher level of protection."

Amid rising hospitalisations, Victoria declared a "code brown" in hospitals, usually reserved for shorter-term emergencies, that would give hospitals the power to cancel non-urgent health services and cancel staff leave.

To help public hospitals cope, the federal government has activated a plan for private hospitals to provide up to 57,000nurses and more than 100,000 staff to Omicron-affected areas around the country, Health Minister Greg Hunt said.

So far, Australia has reported about 1.6 million infections since the pandemic began, of which around 1.3 million were in the last two weeks. Total deaths stood at 2,776.

While authorities usually do not specify the coronavirus variant that leads to deaths, officials have said most patients in intensive care were infected with the Omicron strain, with unvaccinated young people forming a "significant number".

Israel will continue to offer a fourth Covid-19 vaccine shot despite preliminary findings that it is not enough to prevent Omicron infections, a senior health official has said, predicting cases will wane in a week.

The fastest country to roll out vaccinations a year ago, Israel last month started offering a fourth shot - also known as a second booster - to its most vulnerable and high-risk groups.

A preliminary study published by an Israeli hospital yesterday found that the fourth shot increases antibodies to even higher levels than the third but "probably" not enough to fend off the highly transmissible Omicron.

Health Ministry director-general Professor Nachman Ash described those findings as "unsurprising, to a degree" as Omicron infections had been logged in some people after they received fourth doses.

"But we assess that protection from serious morbidity, especially for the elderly population and at-risk population, is still afforded by this vaccine (dose), and therefore I call on people to keep coming to get vaccinated," he told Army Radio.

As elsewhere, Israel has seen Covid-19 cases spiral due to Omicron. But it has logged no deaths from the variant, and Prof Ash said there had been no increase in the number of Coivd-19 patients on ECMO machines - a gauge of the most critical cases.