The Government has dropped a planned cut to the Employment Wage Subsidy Scheme (EWSS) in an effort to aid businesses hit by new Covid-19 restrictions.

At a press conference, the Minister for Finance said an earlier proposal to use the Covid Restrictions Support Scheme to help firms had proved "very complex and very costly".

Instead, he said, he had decided to maintain the enhanced rates of subsidy under the EWSS for a further two months and said it was a more efficient and effective way to support businesses affected in the short-term.

He has also decided to extend the end date of the CRSS to the end of January to help nightclubs and discos that have had to close until 9 January.

A further amendment to the Finance Bill 2021 will be brought in the Seanad stage next week to give effect to these changes.

Minister for Public Expenditure Michael McGrath said: "The extension of the CRSS and EWSS schemes are a further part of the Government's ongoing package of supports for the economy.

"To date, over €20 billion in direct supports has been provided to help the economy and households.

"The commercial rates waiver has been extended until the end of March 2022 and this will help to support many business through this difficult period."

The tax collector said employers who have already submitted eligible EWSS payroll submissions for the month of December, some of whom may have already received a subsidy payment calculated at a lower subsidy rate, do not need to take any action or make any amendments.

Instead, it said, it will during the course of next week identify the relevant payroll submissions, revise the calculation of subsidy due and process additional subsidy payments to the relevant employers shortly thereafter.

Minister for Finance Paschal Donohoe says the Government will maintain the enhanced rates of subsidy under the EWSS for a further two months | Read more: https://t.co/h4AoHp65dI pic.twitter.com/Jx6UA9I1th

Business group Ibec said the decision will "bring much needed relief to businesses across a broad range of sectors of the economy who have experienced disruption and substantial lost business because of the pandemic".

Ibec CEO Danny McCoy said the extension of supports "will each be important in keeping many businesses afloat, particularly those in the Experience Economy, for whom the traditional revenue-generating festive period has been severely disrupted".

The Restaurants Association of Ireland said the Government has made the correct decision to continue the wage subsidy scheme for another two months.

It said there now needs to be a medium to long-term plan for recovery and viability of the hospitality sector.

The Small Firms Association said the extension of Covid supports will be welcomed by many in the small firms' community.

"We are gratified that the Ministers have listened to the calls from the small business community and have now accepted the need for the extension of the EWSS at full rate for a further two months," SFA director Sven Spollen-Behren said.

"The extension of the CRSS and the commercial rates waiver is also very welcome. Many businesses find themselves back in a situation of restrictions which they did not want. All businesses would prefer to be trading but this not being the case, Government intervention is crucial", he added.

Chambers Ireland chief executive Ian Talbot said the extension of the business supports will provide many businesses with essential financial assistance as they face into a further uncertain period of trading as a result of rising Covid-19 case numbers.

"While we recognise the significance of this support in the immediate short-term, we urge Government to further consider the extension of these supports in the medium- to long-term should public health conditions deteriorate following the busy Christmas period," Mr Talbot said.

"A more appropriate and effective system of supporting businesses in the longer term will need to be devised early in the new year to provide this clarity that business owners desperately require. The rolling threat of a cliff-edge cut-off to supports in place for employers must end in 2022," he added.

The Irish Hotels Federation's President Elaina Fitzgerald Kane said the IHF looked forward to engaging with Government on the qualification criteria for the Employment Wage Subsidy Scheme (EWSS) so that nobody is left behind.

Thanking the Government for their recognition of the severity of the challenges being faced by businesses due to the latest restrictions, Ms Fitzgerald Kane said the Government strategy of supporting sectors most affected has worked so far.

"We welcome the assurances in today's announcement that no sector will be left behind and it will be vital that the scheme does not exclude any businesses. These latest supports will help businesses to survive during the tough months ahead, and, importantly, will safeguard livelihoods and keep teams together," she said.

She also said today's extension gives much needed certainty to business owners whose normally buoyant festive season has been decimated because of increased public health restrictions.

"Normally December trade sustains the very challenging off-peak months at the start of the new year, but this has been wiped out this year. Currently hotels are reporting average occupancy rates of 35% for December and just 13% in January and February," she added.

The latest Covid-19 restrictions came into force on Tuesday and mean that nightclubs are closed until 9 January.

Social distancing measures are in place for bars and restaurants, while there are capacity limits on indoor events such as concerts.

The Government accepts that a 50% limit on attendance at indoor events makes many of them financially unviable.

While the Pandemic Unemployment Payment reopened to new entrants on the same day to assist people who lost their jobs, supports for business have taken longer to finalise. 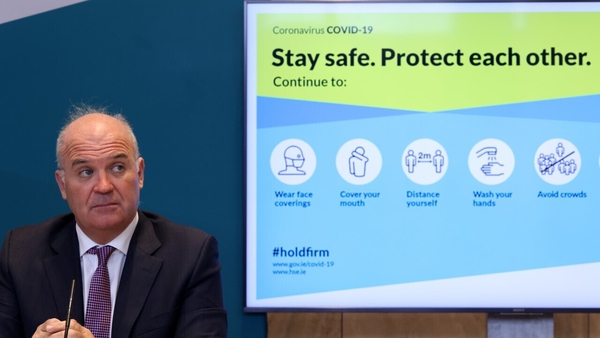 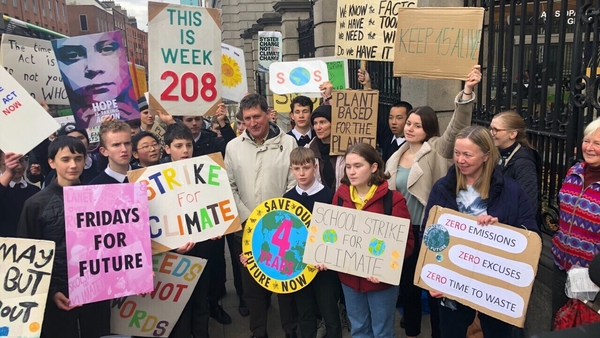