The Government believes another lockdown can be avoided, although it cannot be ruled out entirely, according to the Tánaiste.

His comments come as the Department of Health is notified of 2,605 new cases of Covid-19.

There are 487 patients in hospital with the virus, down 16 on the same time yesterday.

Of these, 99 people are being treated in ICU, a decrease of two from yesterday.

Leo Varadkar said that because of vaccinations, 2,000 to 3,000 daily cases do not mean what they did last winter, but that further restrictions could have to be implemented.

"Nobody can rule it [another lockdown] out. As the CMO said the other day, It can't be taken off the table, but we do believe that we can avoid it," Mr Varadkar said.

"Deaths - though deaths are happening and every death is a tragedy – are a fraction of what they would have been previously because of the vaccines."

Speaking to reporters in Mullingar, he said the projections were that hospitalisations from Covid could go to 800, while ICU could go to 150.

"If we can keep it in that space, I don't think it would be necessary to reimpose restrictions, but if it started to go well ahead of those numbers then we would get more worried," he said.

Mr Varadkar highlighted the importance of Covid preventative measures, such as handwashing and mask wearing, adding: "It doesn't take an awful lot to turn the tide on this."

He said the tide could be turned and they had seen in other countries, like Israel, that you do get past the current wave.

The Tánaiste also said the Government is considering a dedicated campaign on vaccinations to reach out to communities who do not speak English.

Latest figures show that as of 8am, there were 487 people with Covid-19 in hospitals around the country, down 16 on the same time yesterday.

Of these, 99 were being treated for the virus in ICUs, down two on the same time yesterday.

In Northern Ireland, an additional 1,122 Covid cases have been reported, with nine further deaths. 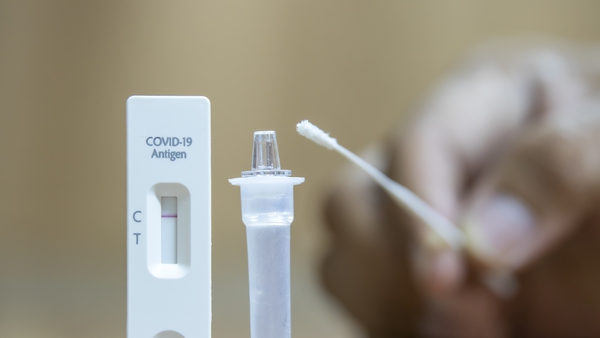