Melbourne has been in strict lockdown for seven weeks, as the city struggles to curb an outbreak of the fast-spreading Delta variant. 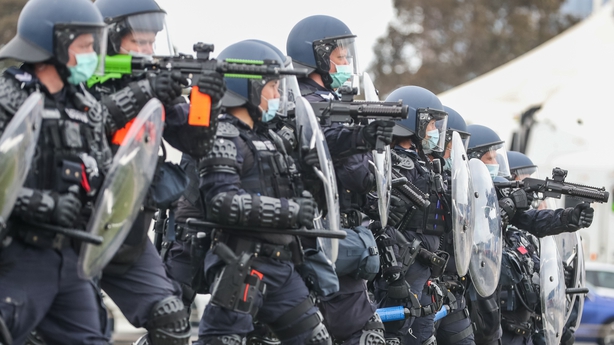 Several clusters have been linked to construction sites, where Covid containment measures are said to be lax.

For hours, protesters opposing the measures confronted police, ignoring loudspeaker calls to leave and a final caution that "no further warnings will be given". 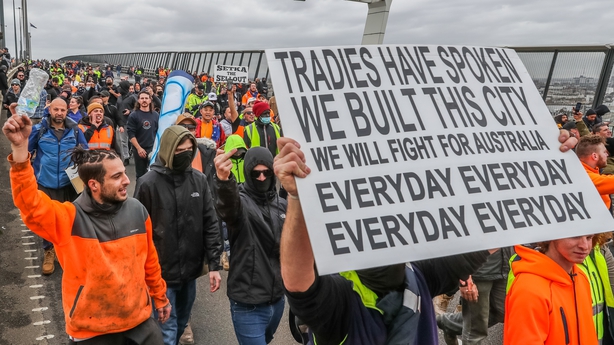 "These crowd control equipment munitions were necessary, and they are necessary, because we can't allow this type of conduct to go on," he said.

"We will stop this protest. And we will then step back and investigate and hold those to account who need to be held to account."

At least three police officers had sustained injuries, while more than 40 people had been arrested, Mr Patton added. 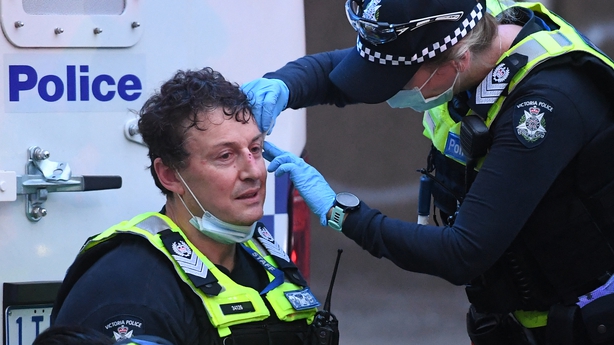 Brandishing "Trump" banners and chanting "you serve us", protesters briefly occupied a bridge on one of the city's main thoroughfares and sang a popular 1990s power rock ballad.

A number of journalists were assaulted, including one television reporter who was hit on the head with a can live on air, shortly after another incident in which he was doused with urine.

This was the second such protest in as many days. 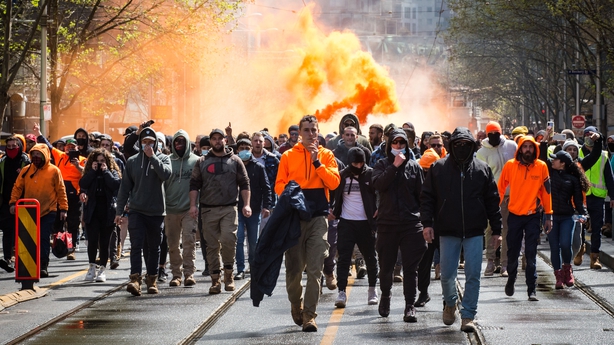 That prompted the authorities to announce the temporary closure of construction sites, leaving tens of thousands of people out of work.

"We've been clear: if you don't follow the rules, we won't hesitate to take action," said state minister for industrial relations Tim Pallas, announcing the shutdown.

"We put the industry on notice just a week ago, we have seen appalling behaviour on site and on our streets, and now we're acting decisively and without hesitation," he said. 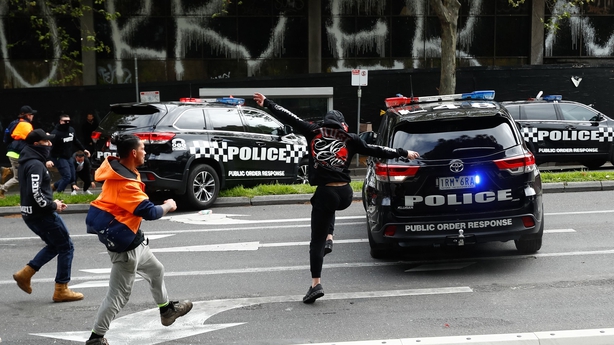 "Those drunken fascist un-Australian morons are the reason construction workers will be sitting at home and not getting paid for the next two weeks," he said.

The state of Victoria recorded 603 new Covid cases in the past 24 hours.

Australia's two largest cities, Melbourne and Sydney, are currently in lockdown, as they race to vaccinate 80%
of the population. 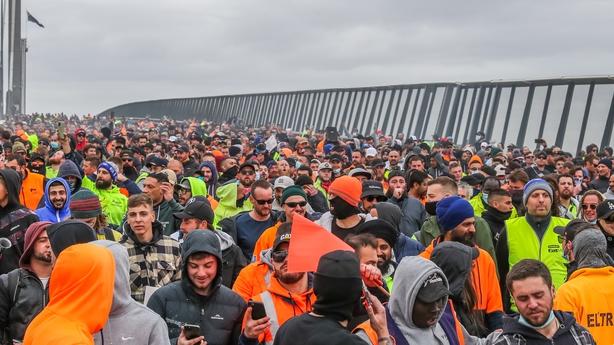 That target would trigger gradual reopening, but remains at least a month away for most areas.

Authorities, meanwhile, have begun to ease some tough restrictions on outdoor gatherings and exercise in Sydney and Melbourne as vaccination rates surge, with more freedom promised once dual-dose levels in the adult population reach 70%-80%.

So far, 53% in New South Wales state, home to Sydney, have been fully vaccinated while the coverage is 44% in Victoria.

Even with the Delta outbreaks, Australia has kept its Covid-19 numbers lower than many comparable countries, with 88,700 cases and 1,178 deaths.