Minister for Health Stephen Donnelly has asked Professor Mary Horgan, President of the Royal College of Physicians in Ireland, to head up a group to progress use of rapid antigen testing.

The Government supports the wider use of these tests, not a replacement for PCR tests, but as an additional tool.

The establishment of such a group was recommended by the report of the Ferguson group on rapid testing.

It will provide advice to facilitate the rollout of tests in various sectors.

A formal announcement outlining its exact remit will be made in the coming days.

Prof Horgan said the group will consider the implementation of an app-based system that uses antigen tests that meet a national minimum standard.

Speaking on RTÉ's News at One, she said that she has been tasked to lead the group to look at ways that rapid antigen testing can be safely used to reopen society, from universities to workplaces.

She said antigen testing picks up infectious people and "they are the people we need to detect, it is really case detection, so that they are identified before they leave home for the workplace or the college [and] ..they can stay at home".

Prof Horgan said it "potentially could" allow for an earlier reopening of indoor hospitality.

However, she said it is important to first get a framework in place, including the right IT supports and knowledge base and to see what other jurisdictions are doing.

She said the Delta variant does pose a threat but Ireland is at an advantage as the country is two to three weeks ahead of the UK and this situation needs to be watched closely.

Prof Horgan said: "We are where we are ... we need to get on with it now, and Public Health England showed that 30% of cases were picked up by lateral flow tests [antigen tests], which were predominantly in asymptomatic people".

It comes as the Tánaiste told the Dáil that Government would look at including testing as part of the development of what is being called a corona pass for pubs and restaurants.

Leo Varadkar said the Government could do this in the interests of fairness, but it would have to be honest and say that it is not as safe an option as vaccinations.

He also said that the Government is urging people who are not vaccinated to avoid socialising and congregating indoors for the next few weeks. 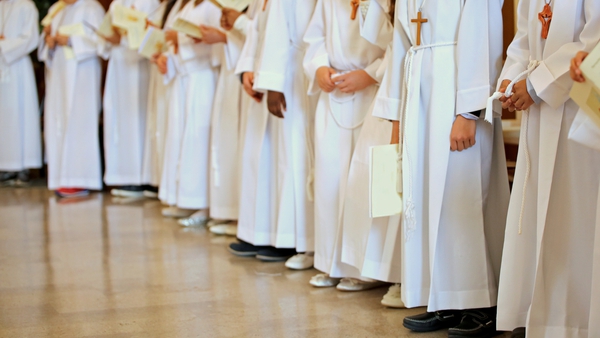