Even as many countries around the world struggle to secure vaccine doses, in other places, governments, companies and causes have had to entice hesitant citizens to get jabbed.

Here are some of the most notable - and bizarre - inducements on offer:

Australia's largely Covid-free status and concerns about side effects from the AstraZeneca vaccine have led to some reluctance among the general public.

So local airline Qantas has stepped in with prizes for the vaccinated in a bid to try to up the immunity rate, which is currently around 2%, and allow the firm to get back to business.

"We are going to offer ten mega prizes, at least one for each state and territory, where a family of four get unlimited travel on the Qantas and Jetstar network, anywhere in the network for a year," said Irish-born CEO Alan Joyce.

"We are trying our best to help with this roll-out - it will be retrospective and will include anyone who has already been vaccinated and will apply to anybody that is vaccinated until the end of 2021," he said.

The downside is that options are limited, as Australia's international borders, with the sole exception of New Zealand, are closed indefinitely.

Reluctant Hong Kongers have been given a million-dollar reason to roll up their sleeves.

Property tycoons in the world's most unaffordable housing market are offering up a brand new flat in a vaccine lottery.

Worth HK$10.8 million (US$1.4 million), the one-bedroom apartment will be the lucky draw's grand prize. Only permanent residents are eligible.

Hong Kong is one of the few places in the world to have secured more than enough doses to inoculate all of its 7.5 million people.

But rampant distrust of the government, combined with a lack of urgency in a comparatively virus-free city, has led to hesitancy and a dismally lagging vaccination drive.

Nowhere has embraced enticement strategies quite like the US, where it is possible to get free doughnuts, baseball tickets, groceries and even savings bonds with your jab.

But in New York vaccines like Vaxzevria, Covishield, Comirnaty and Janssen have become gateway drugs.

On Manhattan's Union Square, locals can get a free joint of marijuana with proof they have had at least one vaccine shot.

On a recent day, several dozen quite relaxed looking people formed an orderly queue to partake in the "Joints for Jabs" giveaway, which is run by activists celebrating the recent legalisation of recreational cannabis in New York state.

Israel has managed one of the world's highest vaccination rates and unvaccinated citizens were susceptible to high rates of FOMO - fear of missing out - because many bars, gyms and restaurants reopened for the vaccinated only.

The city of Tel Aviv took it a step further earlier this year, telling residents it was "time for a night out!" with their "get a shot, take a shot" promotion that offered free drinks at pop-up "vaccination bars".

For teetotalers, milk puddings and coffee were also on offer.

California is offering $116.5m in cash and gift cards to residents who get vaccinations before 15 June.

The move by Democratic Governor Gavin Newsom is part of an effort to boost vaccinations as the state prepares to fully reopen its economy on 15 June.

Ten Californians who become inoculated before that date stand to win lottery-style prizes of $1.5m apiece, while another 30 people will each win $50,000.

The first two million Californians to become vaccinated will each win $50 gift cards for cash or groceries, the state said. 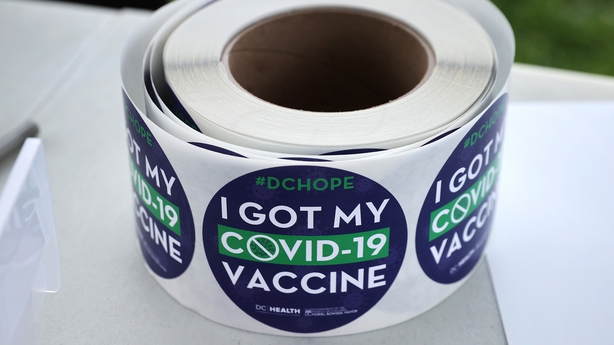 Across the US, states and private organizations have offered incentives to persuade people to become inoculated.

The incentives range from free baseball tickets and beer, to college scholarships and cash.

Joseph Costello, a high school student from Inglewood, won a full-ride scholarship, including tuition, books and room and board at an Ohio public university or college.