The leader of Britain's Labour Party was forced to leave a pub during a walkabout after being kicked out by the landlord following a row over lockdown restrictions.

Rod Humphris, landlord of The Raven in Bath city centre, appeared to be held back by security guards as he shouted "That man is not allowed in my pub" and "Get out of my pub" at Keir Starmer.

The incident was captured on camera by reporters amid a visit to the city by Mr Starmer to support West of England metro mayoral candidate Dan Norris ahead of the forthcoming elections. 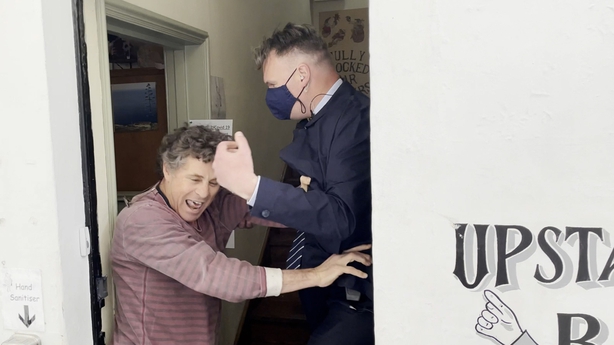 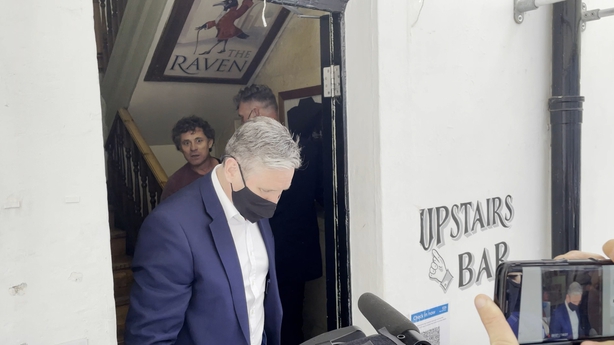 On why he asked Mr Starmer to leave, Mr Humphris later told the PA news agency: "I had heard that the Labour Party were coming round and he turned up and I told him what I thought of him, basically.

"I think he has utterly failed us as the leader of the opposition. He has completely failed to ask the questions that needed asking, like, why did we throw away our previous pandemic preparedness?

Mr Humphris, who said he does not agree with coronavirus lockdowns, said: "He walked into my pub without asking and I threw him out. Or at least, I did my best to throw him out - his security got in the way."

Mr Starmer, who was wearing a black face mask while inside, left the pub following the confrontation, accompanied by members of his team.

Mr Humphris said he gave the Labour leader a "piece of my mind", adding: "I would say this to any politician - it's not a partisan matter."