Shops are to be allowed to measure and sell children's shoes by appointment only.

Taoiseach Micheál Martin said shoes are an essential item in terms of the growth and development of children.

He said the Government is finalising guidance that would be outlined in regulations.

This would allow shoe shops with fitting services to measure children's feet.

However, Mr Martin said this could only be done by appointment only.

The appointments could be made by phone or online.

He said the shops could then provide the fitting service and the sale of children's shoes only.

Yesterday, a consultant paediatrician at the Bons Secours Hospital in Cork called for children's shoes to be deemed essential items.

The Government are finalising guidance to allow shoe shops to re-open to sell children's shoes on an appointment basis, the Taoiseach has told the Dáil | Read more: https://t.co/Gqx1qJxMO9 pic.twitter.com/2OFs5mIPys

Speaking on RTÉ's Drivetime, Dr Niamh Lynch said children were experiencing pain after wearing ill-fitting shoes due to their sale being prohibited in store.

"This is not the case for adults, but for young developing children they need to wear shoes that fit them."

Earlier today, Minister for Health Stephen Donnelly said shoe shops should be opened immediately to allow for the sale of children's shoes.

Speaking on RTÉ's News at One, Minister Donnelly said the sale of shoes for children should be considered "essential retail".

He said he had spoken with the Deputy Chief Medical Officer on the matter today.

"It is something I fully support and want to see implemented immediately", Minister Donnelly said.

Speaking on RTÉ's Morning Ireland, he said he understood that parents could call retailers who are closed and arrangements could be made for shoes to be available.

Minister Donohoe rejected what he said was an implication that Fine Gael was not aware of health needs of young children.

Last night, Tánaiste Leo Varadkar said that of course children's shoes were essential, but it was possible to buy them online.

He said the difficulty with click-and-collect was that it resulted in a lot of movement. 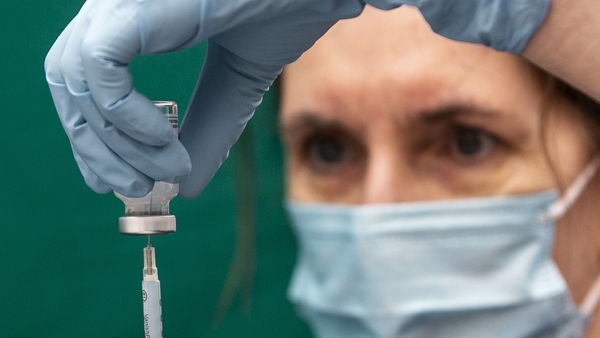