The Department of Health has been notified of 13 further deaths associated with Covid-19 and also reported 604 additional cases of the virus.

The number of people in ICU has increased by two to 66.

Of the deaths reported today, 12 occurred this month, and the median age of those who died was 77.

224 cases were in Dublin, 45 in Donegal, 36 in Kildare, 34 in Limerick, 26 in Tipperary and the remaining cases were spread across 20 other counties.

Meanwhile, more than three quarters of a million vaccines have been administered in Ireland, latest figures show.

Figures from the Health Service Executive show that as of 25 March, a total of 548,945 people have received a first dose, while 211,223 have received their second, meaning 760,168 vaccines have been administered here.

He wrote on Twitter that despite many frustrations in the first quarter "we've built a solid base".

There has been an increase in the number of people being treated in hospital for Covid-19.

As of 8am, 322 patients were being treated in hospital for the virus, which is 18 more than the same time yesterday.

The figure compares to the peak of the third wave on 18 January, when 2,020 people were hospitalised.

The latest figures show that St James's Hospital, Beaumont and Connolly hospitals in Dublin are treating the largest number of people with the coronavirus.

Earlier, a specialist in infectious diseases said that a more sophisticated and centralised IT system needs to be established to track outbreaks and vaccine distribution.

Dr Cliona Ní Cheallaigh said a centralised computer system containing the medical details of all citizens should be fast-tracked to assist vaccination roll-out.

Speaking on RTÉ's Brendan O'Connor programme, she said that the resourcing of public health and population health specialities to do "backward tracking" and other services is another key part of the management plan.

She added that the importation of new virus variants, in particular the P1 variant from Brazil is of concern as the B117 variant is proving to be the "duracell bunny" of Covid variants.

Meanwhile, the deaths of two further people who previously tested positive for Covid-19 in Northern Ireland have been reported by the Department of Health.

Another 116 confirmed cases of the virus were also recorded in the last 24-hour reporting period.

This morning, there were 126 Covid-positive confirmed inpatients in hospital, of whom 15 were in ICUs. 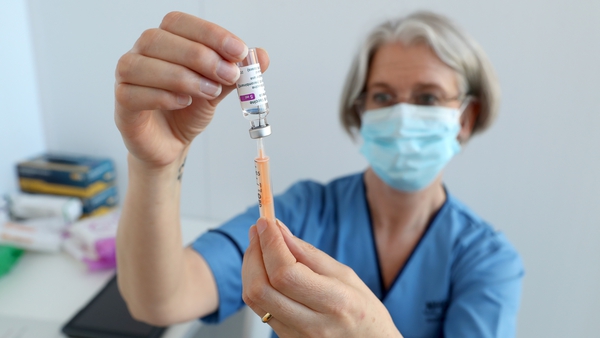