It is one year since the coronavirus threat was declared a pandemic, with vaccinations offering hope but much of world's population still enduring highly restricted lives with no clear path back to normality.

It is also one year to the day since the first death of a person due to Covid-19 in Ireland was reported.

Over the past 12 months the virus has claimed the lives of 4,499 people in Ireland.

The enormity of the challenge entering the second year of the pandemic was highlighted yesterday in Brazil, where a surge fuelled by more contagious new variants saw a record 2,286 deaths reported for the day.

Since first emerging in China at the end of 2019, the coronavirus has killed more than 2.6 million people and forced unprecedented curbs on movement that devastated economies. 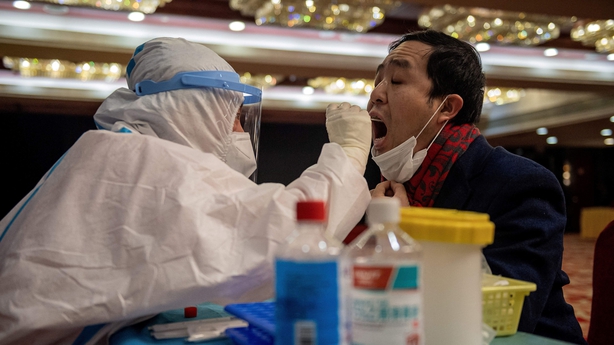 "It took a long time for the politicians to act... We are paying for it, the poor people," said Adilson Menezes, 40, outside a hospital in Brazil's biggest city Sao Paulo, where all non-essential businesses are closed to help fight the virus. 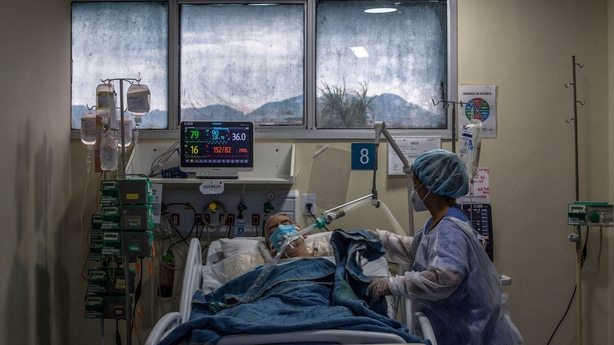 The World Health Organization officially declared Covid-19 a pandemic on 11 March last year as infection numbers were beginning to explode across Asia and Europe.

But with the United States only just starting to feel the direct impacts of the pandemic, then president Donald Trump played down the threat.

"The virus will not have a chance against us," Mr Trump told the nation.

The United States would become the hardest-hit nation: the American death toll today stands at more than 528,000.

The only defences to the contagious virus one year ago appeared to be face masks and stopping people from interacting.

Global aviation came to a standstill and governments imposed deeply unpopular restrictions, forcing billions of fearful people into some form of lockdown.

Though at the same time, governments and scientists were beginning the race to create vaccines - and research and development would take place at an unprecedented pace.

Several shots are now being rolled out, including those developed in China, Russia and India. More than 300 million vaccine doses have been administered in 140 countries, according to an AFP count.

Richer nations have surged ahead with their mass vaccination programmes, while billions in poorer nations are still waiting to receive shots. 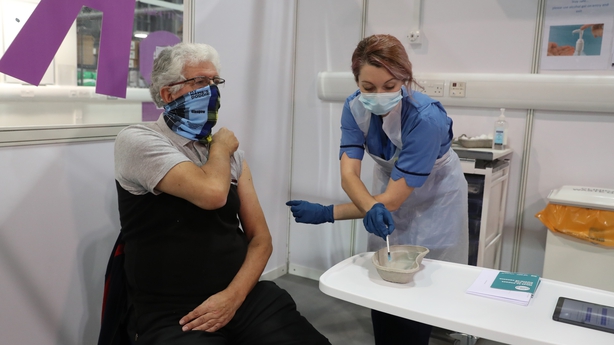 Light at the end of the tunnel

Hope for a global push has been boosted by the launch of deliveries under the WHO-backed Covax scheme, which aims to ensure equitable access to Covid-19 vaccines.

The success of the AstraZeneca/Oxford and Johnson & Johnson shots is further cause for optimism as they are easier to transport and store than the ones from Pfizer/BioNTech and Moderna, which require ultra-cold refrigerators.

The European Union's medical regulator today authorised the J&J vaccine, which had already been approved by Canada and the United States.

The US vaccination effort has gained momentum in recent weeks, with President Joe Biden vowing to have enough doses in place within months for the entire American population. 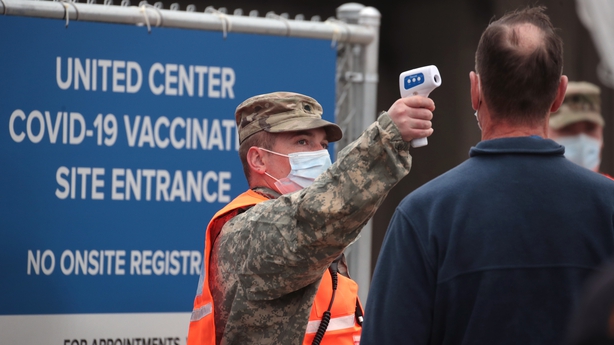 "The science is clear. These vaccines will protect you and those you love from this dangerous and deadly disease," said President Bush in one of the announcements, with Mr Obama and Mr Clinton, urging Americans to get vaccinated.

"That's the first step to ending the pandemic and moving our country forward," said Obama.

When asked about Mr Trump's absence, a spokesman for the Ad Council said one of the PSAs was filmed at President Biden's inauguration in January, which the Trumps did not attend.

The new ads are part of the Ad Council's nationwide vaccine education campaign titled "It's Up To You." More than 300 partners are supporting the nonprofit in the effort to battle hesitancy about the vaccine's safety and help convince more people to get the shot.

He is scheduled to deliver a prime-time televised speech today in which he will offer an optimistic vision for his nation, and by extension the world.

"There is real reason for hope folks, I promise you," Mr Biden said in a preview of his remarks, which will include his administration's next steps against Covid-19.

"There is light at the end of the tunnel."