It was a cautious return, under strict hygiene rules. The stars didn't shine and the red carpet was never unrolled.

But the Luxfilmfest motivated a small group of the Grand Duchy's cinephiles to return to the movies after a long absence.

Luxembourg's theatres have already reopened, the festival's artistic director Alexis Juncosa said, but his event has been the first post-lockdown outing for many fans.

This week's opening night audience was limited to a sell-out 100 guests, appropriately masked and distanced, but movie buffs were happy.

"It feels a bit like life is starting again. I feel safe. Everything seems to be very well managed," said moviegoer Corinne, before the curtain went up on "Nomadland", by Golden Globe-winning Chinese director Chloe Zhao.

"There are few people and everyone wears the mask," said Giulio, for whom going to the cinema amounted to a personal campaign for normality in a world haunted by the virus. 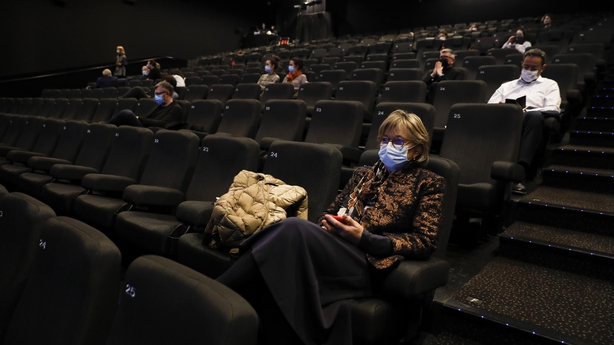 "Here, we go every week," he says, complaining that in his native Italy, scene of one of Europe's worst Covid outbreaks, the cinemas are still closed.

For the festival, moviegoers are issued seat numbers and the seats in use are all at least two metres apart.

Eight dramatic films are in competition, along with six documentaries.

The audience can vote for their favourites by telephone text message, but the jury, chaired by French actor Sandrine Bonnaire, will follow proceedings virtually, from Paris.

'Island of the blessed' in Luxembourg

The prize will be announced on 13 March on the eve of closing night, which organisers hope will attract several hundred moviegoers.

Juncosa says that to his knowledge his Luxembourg festival is the first to be held in Europe for live audiences since the pandemic began.

This year's Berlinale, usually far bigger, was held entirely online for critics and industry buyers but judged by a jury that watched the 15 contenders in a specially reserved cinema in the German capital. 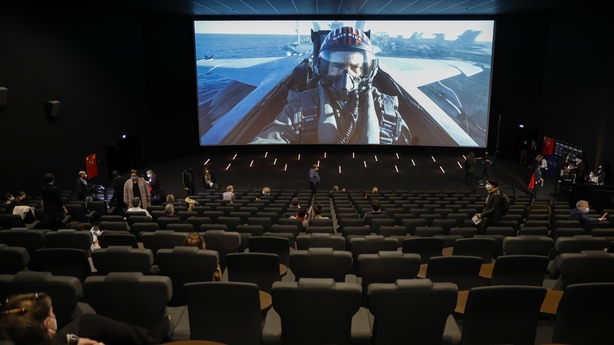 Juncosa, a Frenchman in polyglot Luxembourg, said he wanted to use the event to "prove it's possible to enjoy culture without taking a risk".

"We hope, even at our small level, to help demonstrate that a festival is something that is feasible," he said, lamenting the toll the pandemic has taken on cinema.

Created in 2011, the annual Luxfilmfest was cancelled last year during the first wave of Covid-19.

Cultural activity resumed in January in the country after the pandemic receded, creating what the president of the festival called "a sort of island of the blessed, in the arts".