More than 500,000 people have died from Covid-19 in the United States since the pandemic began, according to Johns Hopkins University, by far the highest reported toll of any country.

The catastrophic US figure comes as some signs of hope are emerging in the world's hardest-hit country, with millions of people now vaccinated and winter's massive spike in infections dropping.

Still, the grim threshold was reached only about a month after the US recorded 400,000 fatalities from the disease in mid-January, with cases now on the decline but deaths continuing to mount.

The toll, 500,071, is more than double the number in absolute terms of reported deaths in Brazil, which has the world's second highest toll.

"It's terrible. It is historic. We haven't seen anything even close to this for well over a hundred years, since the 1918 pandemic of influenza," Anthony Fauci, chief medical advisor to US President Joe Biden, said Sunday on NBC's 'Meet The Press'.

After the first Covid-19 death was announced in the US in February 2020 it took about three months to pass the 100,000 mark, during a first wave that hit New York particularly hard.

Cases surged into the winter season which brought people indoors for holiday gatherings. The total reported number of known infections was over 28 million today.

US President Joe Biden last month warned that "well over" 600,000 people in the US could die from the virus. 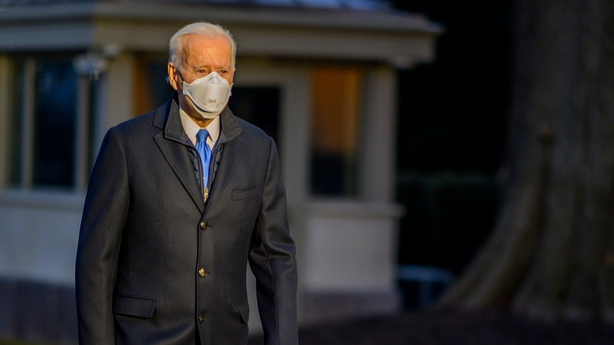 According to the US Centers for Disease Control and Prevention (CDC), more than 61 million people have received at least one shot of a vaccine in the United States, with some 18 million getting the full two doses.

Mr Biden has made it a priority to get 100 million people vaccinated within the first 100 days of his administration.

Mr Biden last week said the program to deliver vaccines into people's arms is as complicated as the already intense challenges of manufacturing them in huge quantities at speed.

But he said his 100 million shot goal is on track to be easily surpassed, with a current average of 1.7 million vaccinations a day.

Mr Biden said he did not want to give firm predictions of when the crisis will be curbed, but said that 600 million doses - enough to provide the two-dose regimen to most of the country - were expected to be ready by the end of July.

The president is expected to speak later about the latest toll, and he is to be joined by Vice-President Kamala Harris for a moment of silence and a candle-lighting ceremony.

Though concern has grown over variants of the virus, especially those that appear to spread more easily and render current shots less potent, officials sounded a hopeful note on curbing the virus.

"For those of us in the administration, the occasion makes us more determined to turn the tide on Covid-19 so the losses can subside and the healing can begin," White House coronavirus advisor Andy Slavitt said.

Meanwhile in Australia, top officials were among a small group receiving the first vaccinations, a day before the programme starts in earnest.

Prime Minister Scott Morrison got the Pfizer/BioNTech vaccine at a medical centre in Sydney, in what the government said was a bid to boost public confidence in the vaccinations that have been subject to some anti-vaccine protests.

Meanwhile, in Britain, the government vowed to offer a first coronavirus vaccine dose to every adult by the end of July, as it readied to announce a gradual easing of its third lockdown.

More than 17 million people have now received at least a first vaccine dose, one third of the adult UK population.

And in Gaza, around 20,000 Russian-made Sputnik V vaccine doses arrived from the United Arab Emirates.

The jabs came via the Rafah crossing with Egypt, meaning they did not pass through Israel, which has maintained a tight blockade on Gaza since 2007. 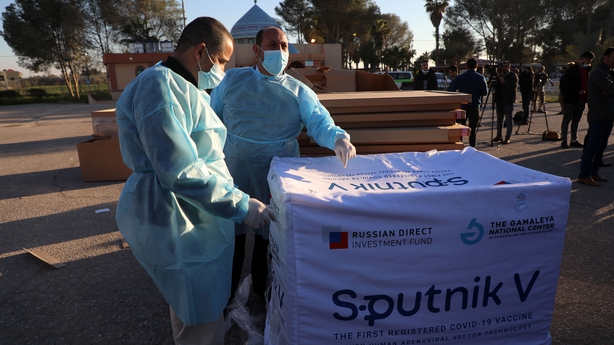 Hundreds of thousands of German pupils returned to schools and kindergartens for the first time in two months, despite fears of a third coronavirus wave fuelled by the British variant.

Schools and daycare centres reopened in ten German regions, including the capital Berlin and the most populous state North-Rhine Westphalia.

Most schools are limiting the return to pupils attending primary classes one to three.

Class sizes have also been halved, alongside other precautions such as mask-wearing and airing out rooms, but critics have questioned whether the timing is right for the reopenings.

In discussions with party colleagues, Chancellor Angela Merkel reportedly mooted plans for a step-by-step relaxation of measures in areas such as social contact, schools and restaurants and culture.

Ms Merkel argued that relaxation measures should be strongly tied to testing, according to participants in the meeting.

Yet experts are warning that Germany could be at the start of a third coronavirus wave, as case numbers have begun to rise again in recent days.

Today, the nationwide seven-day incidence rate returned to 61 cases per 100,000 people after sinking to almost 50 in the past weeks.