Dubai has ordered bars and pubs to close until the end of the month to suppress a spike in coronavirus cases, after tourists and influencers flocked to the emirate over the holiday period.

The closures, effective from tomorrow, are among a raft of steps "taken in response to rising violations of preventive measures," authorities said in a statement.

Indoor venues, including cinemas and sports venues, will have their capacity cut by half.

Dubai's vast shopping centres, as well as hotels, swimming pools and private beaches, must operate at 70% of capacity.

Restaurants and cafes are required to close by 1am.

"Penalties will be strictly imposed on anyone found posing a risk to public health by deliberately disregarding preventive measures or not observing them properly," the Crisis and Disaster Management committee said.

Dubai has sought to manage the pandemic without closing its doors, and in July reopened to tourism, an economic mainstay that has been badly battered during the pandemic.

The United Arab Emirates is also racing to roll out vaccines, administering some 3.4m doses of vaccine to its population of about 10m, for the second-fastest delivery after Israel.

But while masks and social distancing are mandatory, it has not prevented a sharp increase in cases in the new year after Dubai branded itself as an open, sunny and quarantine-free winter escape.

Neighbouring Abu Dhabi, which has large oil reserves and is less dependent on tourism, has taken a more conservative approach, generally requiring quarantine on arrival.

Images of sports and media celebrities at Dubai's multitude of beach clubs and cocktail bars flooded social media over Christmas and New Year.

However, guidelines for the city-state have been gradually tightened over recent weeks, with an earlier clampdown on the entertainment scene, and non-essential surgery in hospitals has been suspended. 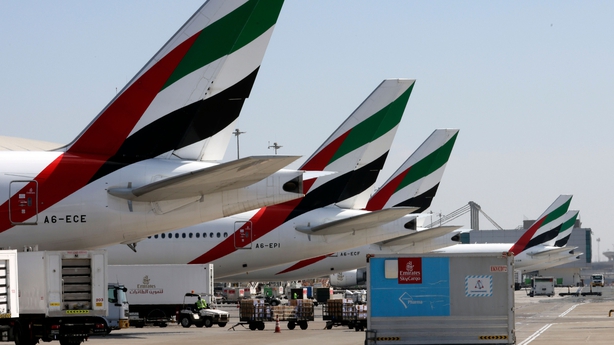 Direct flights from the UAE to Britain were also cancelled until further notice, although Dubai-based carrier Emirates said it would resume some one-way services between Britain and Dubai.

The UAE, a group of seven emirates including Dubai and Abu Dhabi, has recorded 859 deaths from Covid-19 since the pandemic began.

Daily recorded cases of infection in the country rose to nearly 4,000 recently, but today numbers were down to 2,730.