Two members of the US Congress have tested positive for the coronavirus, with one accusing Republicans of refusing to wear masks and mocking those who did during a riot at the US Capitol last week.

In a tweet, Democratic Congresswoman Pramila Jayapal said she had taken a test after being trapped in a secure room with fellow lawmakers, and that she had tested positive.

"Many Republicans still refused to take the bare minimum Covid-19 precaution and simply wear a damn mask in a crowded room during a pandemic - creating a superspreader event on top of a domestic terrorist attack," said Ms Jayapal, who is now self-isolating.

"The duration in the room was multiple hours and several Republicans not only cruelly refused to wear a mask but mocked colleagues and staff who offered them one."

Hours earlier, fellow Democratic congresswoman Bonnie Watson Coleman said she too had contracted the virus and that she believed she had been exposed to it during last week's violence.

"While I am experiencing mild, cold-like symptoms, I remain in good spirits and will continue to work on behalf of my constituents," the 75-year-old said. 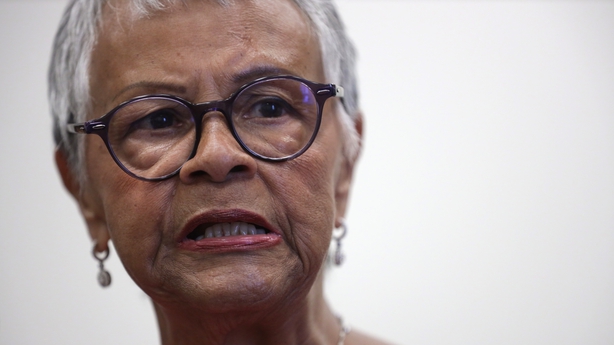 In a statement, Ms Watson Coleman's office said: "She believes she was exposed during protective isolation in the US Capitol building as a result of insurrectionist riots."

Several Republicans were seen in footage released online declining an offer to put on masks while they were sheltering in a committee room from the rioters.

Asked yesterday about their behaviour, President-elect Joe Biden said "I think it's irresponsible."

I just received a positive COVID-19 test result after being locked down in a secured room at the Capitol where several Republicans not only cruelly refused to wear a mask but recklessly mocked colleagues and staff who offered them one.https://t.co/wVmgroKsdf

Top Congressional doctor Brian Monahan had warned politicians over the weekend that they could have been exposed to the virus after taking shelter in an isolation room last Wednesday.

On Sunday, Republican Congressman Chuck Fleischmann from Tennessee, who had also been in the Capitol during the riots, announced on Twitter that he had tested positive.

Mr Fleischmann said he contracted the virus after coming into contact with another member of Congress that he shares a residence with in the city.

Today, I learned that I have tested positive for COVID-19. I have been in quarantine since Wednesday night. I will continue to work for my constituents while self-isolating. I currently feel okay and remain in contact with the Attending Physician.https://t.co/BsGj9RS272 pic.twitter.com/zconzlLkfi

The US is the world's hardest-hit country and around 375,000 people have died from the coronavirus, with about 3,000 more dying every day.

In her statement following her positive diagnosis, Congresswoman Jayapal said colleagues that refused to wear masks were guilty of "selfish idiocy" and should not be allowed to take their seats in the chamber.