It was over breakfast on the wintry morning of 24 January that Ozlem Tureci and her husband Ugur Sahin decided, "we need to fire the starting gun on this".

Sahin "had concluded from a publication describing coronavirus cases in Wuhan ... that there was a high probability that a pandemic could be imminent", Tureci recounted.

The decision by the couple, founders of a small German company called BioNTech, gave birth to Operation Lightspeed - in which the scientists in the company diverted all their resources from cancer therapy research to finding a vaccine to stop Covid-19.

"Since that day... there has not been a day when we took a break from working on this project," said Tureci.

What was an epidemic hitting China hardest soon morphed into a global health crisis, forcing governments to close borders, schools and offices and keep their populations at home to halt the spread.

As BioNTech and other pharmaceutical companies leapt into action in search of the winning formula, Germany's army of "Mittelstand" companies and other bigger manufacturing and logistics experts would soon prove crucial.

Genie in a bottle

Just a few minutes' drive away from BioNTech's headquarters in the city of Mainz, one such company quietly ramped up production.

Little known to the rest of the world, the 130-year-old firm Schott is in fact a major player in the pharmaceutical industry because of its little glass vials designed to hold life-saving vaccines.

Three-quarters of the more than 100 coronavirus inoculation trials across the world would end up using Schott products.

The company alone aims to produce enough vials to hold two billion doses of a coronavirus vaccine by the end of 2021, said head of communications Christina Rettig.

Schott itself had an early scare with the virus at its Mitterteich plant in Bavaria.

The town became one of Germany's first coronavirus hotspots in March after a beer festival.

Rettig said several Schott workers from the Czech Republic ended up "not seeing friends and family for weeks" as borders slammed shut.

With passenger flights mostly grounded, the buzz at Frankfurt airport's terminals all but vanished to a hush in the spring.

Its freight area however kept humming. Tens of thousands of boxes of urgently needed surgical gowns and masks were transiting through. 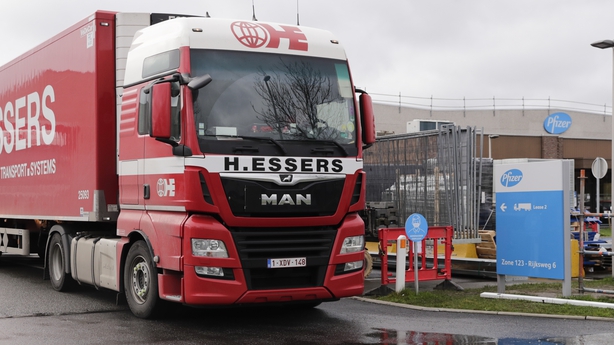 The head of freight infrastructure at Fraport, Max Philipp Conrady, knew that was just the beginning for his division in the pandemic battle.

No one knew then which company would find a vaccine or when it would be ready, but Frankfurt is already Europe's largest hub for transporting pharmaceutical goods.

And so planning had to begin for the unprecedented logistical challenge of transporting millions of life-saving vaccine doses worldwide.

The operator anticipated the demand for cold storage, and boosted investments in high-tech refrigerated "dollies" that would do the transporting from hangars to planes. It now has 20, so several freighters can be loaded at the same time.

Fraport was not the only one upping investments in solutions to keep things cool.

As it became clear that BioNTech's vaccine would need to be stored at -70C (-94F) the expertise of cold chain management became the next hot commodity in town.

Amid the global scramble to solve the problem of keeping vaccines at the right temperature as they get transported across the world, it would appear that there is a German company for every obscure application.

Binder in Tuttlingen has its "super freezers" which were already tapped as early as March to chill coronaviruses used in laboratory research by BioNTech and another German vaccine developer, CureVac.

But demand further grew as BioNTech advanced in the race.

"It started really in August, when we received these requests from logistics companies ... they knew we must fit our cold storage ... with freezers in order to distribute the vaccines around the world," said Binder spokeswoman Anne Lenze. 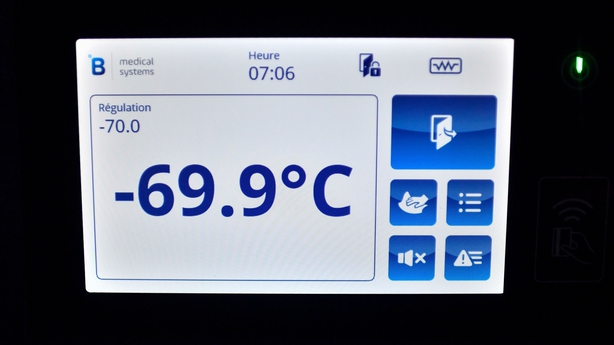 While Binder ensured static refrigeration of up to -90C, another company Va-Q-Tec makes moving boxes with an ultra-cool function for the actual transportation process.

Using a silica particle technology, the containers can maintain temperatures ranging from one similar to a fridge to polar chills for up to ten days "without the need for energy input", chief executive Joachim Kuhn told AFP.

On 18 November, BioNTech and its partner Pfizer finally announced that their Phase III study showed around 95% efficacy against the virus.

The news sent stock markets into euphoria and was hailed as a watershed, a light at the end of a very long, dark tunnel.

By then, the logistics sector was raring to go.

As Fraport's Conrady put it: "We've been ready since August."

Celebrating in their understated manner, BioNTech's founders knew it was too early to rest on their laurels.

"Champagne is not our thing. We sat down and enjoyed a cup of tea and used the time to reflect on what had happened so far and what will come next," Sahin told AFP.

Several hundred kilometres away in the German capital, 66-year-old Albrecht Broemme was placing a bunch of Lego figurines here and there as he visualised how to transform Berlin's old airports into centres for the unprecedented vaccination drive.

An ex-firefighter and former head of civil protection agency THW, Broemme had been called out of retirement to help in the pandemic battle.

Early on, he was pivotal in designing emergency sites in case patient numbers were to soar above hospital capacities.

In the autumn, he was tapped again to conceptualise the vaccination drive for the German capital.

"I came up with a system, thinking about how many (vaccination) booths we would need and how much space we would need in order to prevent bottlenecks," he said.

Each visitor will follow a designated route from registration to the actual jab, then on to a consultation with a doctor and finally to a waiting room while final checks are performed.

The patient should be in and out of the doctor's cubicle in a few minutes, Broemme said. Including the queueing and waiting time, "we imagine that all of this will take an hour".

On 2 December, BioNTech's vaccine became the first to get the go-ahead for use in the West, when Britain gave its approval.

As other nations from the United States to Saudi Arabia to Singapore followed suit, Germany impatiently prodded the EU's drugs regulator to bring forward its decision from 29 December.

The EMA finally gave its green light more than a week early, on 21 December.

On the same night, the European Commission declared that the entire bloc would start the inoculation operation from Sunday, 27 December.

As vaccine doses began arriving around Europe this weekend, German Health Minister Jens Spahn called it a "day of hope", but warned that getting everyone immunised would be a "long-haul" effort.

With the first jabs imminent, officials raced to put the finishing touches on the makeshift inoculation centres across Germany.

At the country's biggest in Hamburg, doctors will be able to handle 7,000 daily jabs.

BioNTech has also held webinars for nurses and doctors who will soon administer the shot, with 1,100 questions answered during the sessions.

Lorries carrying vaccines rolled out from Pfizer's factory in Belgium on Wednesday.

BioNTech said it would directly supply its vaccines to 25 distribution sites manned by federal authorities in Germany, which would then send along the allocations to 294 districts.

Local authorities will then further funnel the jabs down to 450 vaccination centres. A slew of mobile units will also be deployed to harder to reach districts. 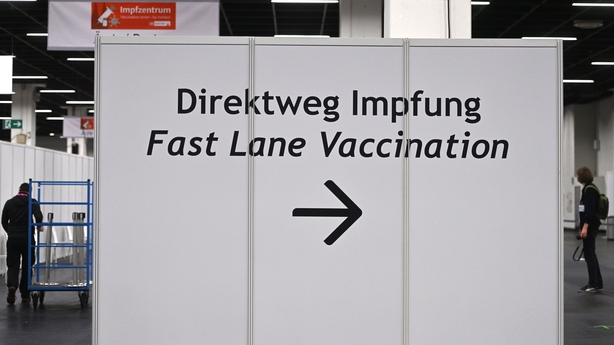 With an eye on potential sabotage by a growing wave of corona skeptics and anti-vaxxers, federal police with armed commando units are escorting the precious cargo on the move.

First up will be the most vulnerable in elderly homes, several of which have been hit by deadly outbreaks of the virus.

The inoculations could not come soon enough for Germany, which registered record high daily death tolls of nearly 1,000 people during the week. At least one district has reported that its crematorium is full.

With time pressing, one elderly care home went ahead with first vaccinations for its residents shortly after the doses were delivered on Saturday - a day ahead before the national inoculation campaign was due to start.

Edith Kwoizalla, 101 years old, became the first in Germany to receive the jab in the elderly home in Saxony-Anhalt state.

For Chancellor Angela Merkel, every jab means a life saved.

"When we see how many people are dying because of coronavirus, we can see how many lives the vaccine can save."