Minister for Agriculture Charlie McConalogue has tested positive for Covid-19.

The minister's spokesperson said that a test carried out yesterday returned positive today and the minister is self-isolating at home.

A statement from Government earlier said all Cabinet ministers were restricting their movements and awaiting a Covid test and result.

Tonight, Taoiseach Micheál Martin, who was a close contact, has tested negative.

Mr McConalogue is said to be well and the spokesperson said he has no symptoms. He was in Brussels on Government business in the last few days and was tested on his return.

The spokesperson confirmed that Mr McConalogue initially received a negative Covid-19 test result after arriving back in Ireland from Brussels last Thursday.

As per guidelines, he took another confirmatory test five days later, which was positive.

Mr McConalogue received news of his positive test this morning, sometime between 10.30am and 11am. He then set about informing Government colleagues.

It is understood the minister had no further trips planned over the coming days. He continues to display no symptoms.

Yesterday, the Cabinet met at Dublin Castle to sign-off on the latest set of restrictions.

It is understood that Mr McConalogue had been wearing a face mask throughout the Cabinet meeting. Chairs had been spaced two metres apart.

The next Cabinet meeting is scheduled for next Tuesday, 29 December.

Meanwhile, the Health Service Executive's Chief Clinical Officer has said the new advice for all arrivals from Britain since 8 December to self-isolate for 14 days is "painful" but necessary.

Dr Colm Henry said the advice means that anyone who came to Ireland from England, Scotland or Wales from 11 December onwards should eat Christmas dinner alone in their room.

Mr Martin said it was "a huge ask" of people, but "that is the public health advice".

Asked if inter-generational dinners at Christmas were "a gamble", he said there were risks but it came down to personal judgement.

"For example, people may already be part of a bubble. I also know people who have taken precautions weeks in advance [before meeting in-laws]. So it's hard to universally direct people on what to do."

Taoiseach Micheál Martin it is a huge ask for people who have arrived from Britain since 8 December to self-isolate. He said that this was the advice last March when we did not know much about the virus, and this now applies with the new Covid-19 variant | https://t.co/McPNb32ke0 pic.twitter.com/ZKxtLBXxP6

Mr Martin told RTÉ's Today With Claire Byrne programme that it is going to be a very different Christmas but it can still be meaningful.

He defended the decision to reopen hospitality after the last lockdown, saying there was an economic element and also a balance to be found for those people who had been out of work for some time, which creates its own health and mental health issues.

He said January sales events should not take place and the Government will issue further guidance after discussions later today with the retail sector.

Some incidents, such as funerals and social settings where guidelines were not followed, have sparked "significant outbreaks".

The Taoiseach said it was a difficult decision to close personal services, such as hair salons, and the situation will be reviewed on 12 January.

The only hope we have is the vaccine arriving, he said, and that "may allow us to change our decision-making over time".

Mr Martin did not expect high level of vaccinations until March, April and May. He has no problem receiving the vaccine publicly, but any available vaccines must first go to those who need it most.

Green Party leader and Minister for Transport Eamon Ryan said the aim of the latest restrictions is to give us time to get the vaccine rolled out and in that way protect the country.

However, he said it will take time to get the vaccine distributed.

Minister Eammon Ryan says the Level 5 restrictions with adjustments will be reviewed on 12 January. However, he says it is likely that the restrictions "will have to keep going after that for a period of time until we are in that safer space" | https://t.co/cjBuhVE3oz pic.twitter.com/qnfxG6pRym

Speaking on RTÉ's Morning Ireland, Mr Ryan said that "a safe January is our resolution" and the restrictions will stay in place until we are in a safer place.

The Government cannot give "false expectation" that this will be a short three-week period of restrictions, he said, because it will likely continue beyond that, depending on the number of Covid-19 cases.

Sinn Féin leader Mary Lou McDonald said the wise approach is to enjoy Christmas, but safely and with limited access to family, as we prepare ourselves for another number of testing months.

Speaking on the same programme, Ms McDonald said it was a matter of basic common sense that we deal with the issue as an island and apply the same measures across the country.

Guidance whatever its nature, unless it is properly enforced, is a very poor response to the problem, she said, particularly when there is not the kind of tracking and tracing systems that are needed. 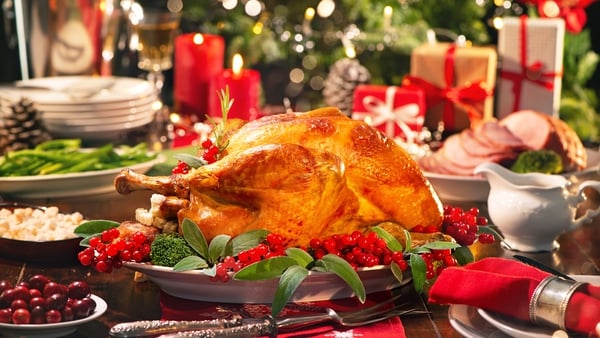 Dine alone at Christmas: Message to recent arrivals from Britain