The Cabinet has approved an advance purchase agreement for 875,000 doses of the Covid-19 vaccine produced by Moderna.

It is expected the doses will be delivered early in the new year, as soon as there is approval from the European Medicines Agency.

Ireland is already signed up to four other vaccines.

Taoiseach Micheál Martin has said that the arrival of a vaccine in Ireland is the "moment for doubling down on vigilance and social distancing".

He added that communications "will be key" in terms of the roll out of vaccines.

"Historically vaccines have eliminated the most devastating viruses," he said.

He added the Government had set up a high level task force to oversee the distribution of the vaccine, which was chaired by Brian MacCraith, with Dublin Airport's CEO Dalton Phillips and Health Service Executive CEO Paul Reid.

He was responding to Labour leader Alan Kelly who called for a minister who was responsible for the roll-out of the vaccine.

He asked "Who gets it and in what order? How are we going to generate passports for people? Will those who don't get it be allowed go into public events as such?"

Mr Kelly also described some of the "anti-vax" comments on social media as ludicrous.

The European Medicines Agency (EMA) has said that it will hold an extraordinary meeting on 29 December "at the latest" to consider emergency approval for a Covid-19 vaccine developed by BioNTech and Pfizer.

"If the data submitted are robust enough to conclude on the quality, safety and effectiveness of the vaccine, EMA... will conclude its assessment during an extraordinary meeting scheduled for 29 December at the latest," the EU regulator said in a statement.

The EMA also plans to decide by 12 January whether it will approve the vaccine being developed by Moderna.

Meanwhile, a European Commission spokesman said it is likely to give the final authorisation for the roll-out of Covid-19 vaccines days after the EU drug regulator approves them.

"It's probably a matter of days. The goal is to do it rapidly," the spokesman told a news conference, adding the exact date depended on the EMA's possible authorisations.

Under EU rules, EMA recommends the authorisation of a drug or vaccine and the EU Commission authorises them on the basis of the EMA's scientific advice, after consultation with the 27 EU states.

Pfizer and BioNTech earlier announced they had formally applied for conditional EU approval for their jab, following a similar request in the United States.

The companies said their candidate, BNT162b2, could be launched in the European Union this month.

"If EMA concludes that the benefits of the vaccine candidate outweigh its risks in protecting against Covid-19, it will recommend granting a CMA (conditional marketing authorisation) that could potentially enable use of BNT162b2 in Europe before the end of 2020," they said in a joint statement.

In their pursuit of a European launch, the partners are neck-and-neck with rival Moderna, which has also submitted an application to the EU regulator to recommend conditional approval for its shot.

An effective immunisation is seen as the main weapon against the pandemic, which has claimed more than 1.4 million lives.

Close to 50 potential vaccines are being tested on volunteers worldwide.

US drugmaker Pfizer and Germany's BioNTech reported final trial results on 18 November that showed their vaccine candidate was 95% effective in preventing Covid-19, with no major safety concerns, raising the prospect of US and European approval as early as December.

Any clearance in the EU and United States will be "conditional" or for "emergency use", respectively, meaning developers are obliged to continue trials and provide more trial results as they emerge.

The European filing completes the so-called rolling review process, which was initiated with the EMA on 6 October.

Dr Anne Moore, from the Biochemistry Department in UCC, has said now that Moderna and Pfizer/BioNTech have formally submitted their full data packages to the EMA, it will examine their findings.

Speaking on RTÉ's Today with Claire Byrne, she said "the regulator will now pour over it and decide if it is what the companies are claiming it to be".

Dr Moore said if the EMA gives approval to the companies for their vaccine to be used in the population, the regulator may decide it can only be used in specific populations. For example, if the vaccine was not trialled on pregnant women or children, then it would not be administered to these groups as there would not be data on its safety on how well it works.

She said the EMA agency process "is the most rigorous process you can have", because these are independent experts who want to protect the public when it comes to safety and how well these products work.

Dr Moore said: "They will really address the risk of using them, and any of those risks, they will define what they are and how those risks should be mitigated.

"I don't think anyone would have imagined that we would have a vaccine ten months after we know the sequence of the virus."

The Moderna and Pfizer/BioNTech vaccines are both based on a new technology that uses mRNA (messenger ribonucleic acid) to deliver genetic material to the body that makes human cells create a protein from the virus.

This trains the immune system to be ready to attack if it encounters the novel coronavirus.

But Moderna's vaccine can be kept in long term storage at -20C, while Pfizer's requires -70C.

Pfizer and BioNTech have previously said they expect to manufacture up to 50 million doses of their vaccine globally this year, and up to 1.3 billion doses by the end of 2021. 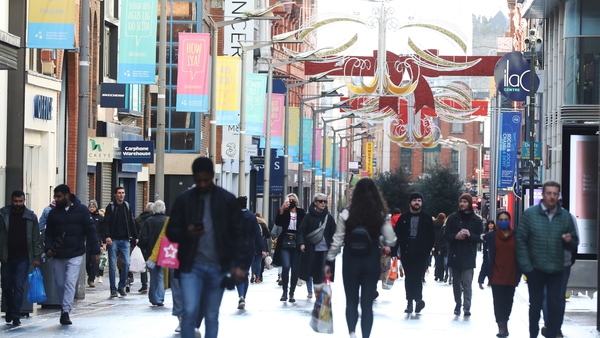 What was the cost of Level 5 on our economy and health?