England's 56 million people have entered a second coronavirus lockdown with more doubts about the stringent policy than the first time around.

Prime Minister Boris Johnson abandoned a recently introduced system of regional curbs and announced an England-wide shutdown, after dire warnings that hospitals could soon be overwhelmed with Covid-19 cases.

But while opinion polls suggest overall public backing for the stay-at-home policy, concerns are mounting about the impact on the economy and on mental health.

A sizeable minority of 32 governing Conservative MPs voted against the measures yesterday.

When the country entered its first lockdown in March, support was strong. But compliance with Covid-19 measures has been fraying the longer they drag on into the winter, as people's livelihoods come under greater strain.

A new study of more than 6,000 adults by King's College London found one quarter believed they had already contracted the virus during the first wave, a much higher level of infection than government scientists estimate.

Many in the study stated they were therefore immune and free to breach lockdown rules.

Mr Johnson stressed that the latest measures would end "automatically" on 2 December when England will revert to a tiered system of curbs to reflect differing infection levels in individual regions.

The UK is among the world's hardest-hit countries with nearly 48,000 deaths linked to the coronavirus from just over one million positive cases.

A total of 492 deaths within 28 days of a positive test were recorded yesterday. - the highest number since mid-May.

England joined Northern Ireland, Scotland and Wales in imposing restrictions, in line with European nations including France and Germany.

The curbs include a return to working from home where possible and the closure of all non-essential shops and services, including pubs, bars and restaurants. Schools will remain open. 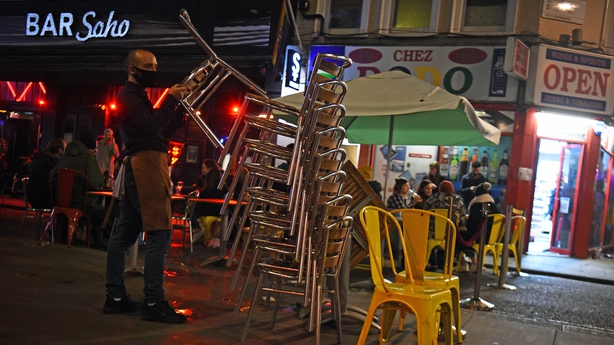 In English cities, crowds gathered at pubs before staff called last orders in the hours before the new curbs took effect. Hairdressers have been deluged this week, and there were lengthy queues outside clothes shops.

"When I look at what is happening now among some of our continental friends, and I see doctors who have tested positive being ordered to work on Covid wards and patients airlifted to hospital in some other countries simply to make space, I can reach only one conclusion," Mr Johnson told parliament.

"I'm not prepared to take the risk with the lives of the British people."

Opposition Labour Party leader Keir Starmer said it would be "madness" to end the measures in four weeks if cases are still rising then.

But the prime minister pointed to a city-wide testing pilot launching in Liverpool, as a precursor to a nationwide programme that he hopes will finally get the coronavirus under control before a vaccine comes on-stream.

"We will then (on December 2), I hope very much, be able to get this country going again, to get businesses, to get shops open again in the run-up to Christmas," Mr Johnson said.

'No longer normal business' for NHS

The UK's National Health Service (NHS) has been moved to its highest state of alert as hospitals battle to manage the rising numbers of Covid-19 patients needing care.

Chris Hopson, chief executive of NHS Providers, which represents hospital trusts and foundation trusts in England, warned "this is no longer normal business for the NHS".

Speaking on BBC Breakfast, he said: "This number of patients we are seeing and the level of national coordination means that we really need to step up a gear to make sure this is all being managed effectively."

But he added: "This is more an NHS behind-the-scenes administrative measure, so patients won't perceive any difference."