Three dogs, named Kossi, ET and Miina, have sniffed swabs taken from 2,200 passengers in the month since the testing booth was set up at the airport's arrivals hall, and have found the virus in 0.6% of travellers.

Although the research is not due for completion until December, the team say the initial findings appear broadly in line with detection rates of the nasal PCR tests also conducted on arriving travellers.

"We have done 16-17,000 PCR tests at the airport and less than 1% are positive," Timo Aronkyto, deputy mayor of Vantaa, told reporters. 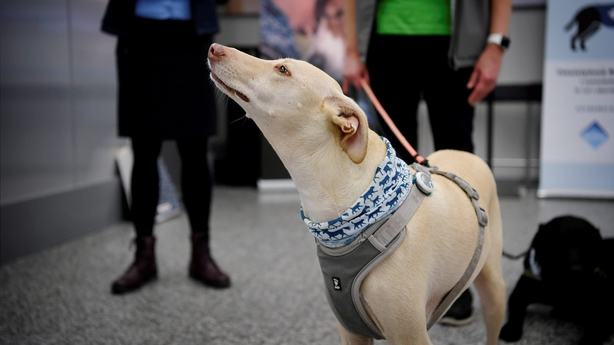 Compared to the results found by the dogs, "they are about the same, I don't think there is a statistical difference," Mr Aronkyto said.

The researchers are now analysing how closely the two sets of test results match each other, whether the dogs found coronavirus in passengers whose infection was confirmed by a PCR test, and hope to publicise their findings at the end of the year.

Preliminary experiments in the first major wave of infections earlier in the year suggested the dogs can detect the virus with close to 100% accuracy, up to five days earlier than a PCR test. 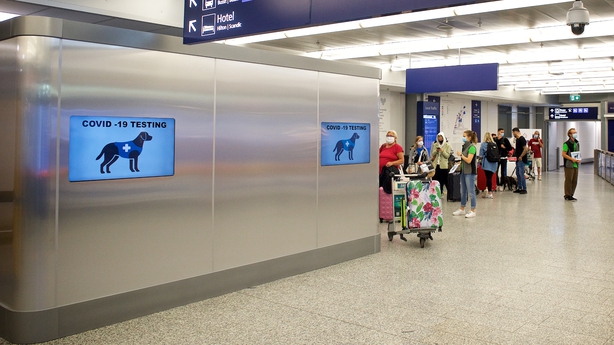 Around 100 travellers a day have been queuing up for the test, which involves wiping a swab onto the skin, which is then put in front of the dog, who will quickly pass over a negative sample, but will be attracted to a positive one.

"People don't complain about the queues, in fact it's the opposite," Ms Turunen said.

"They're coming up to us to say 'Hi' from morning until evening," she added.

A fourth dog, a German shepherd called Valo, is currently in training to begin work at the airport testing booth.

The Helsinki University researchers behind the trial, working with sniffer-dog specialists from the organisation Wise Nose, hope that their research will persuade the government to fund a rollout of the dogs for other uses, such as at tourist hotspots or large public gatherings. 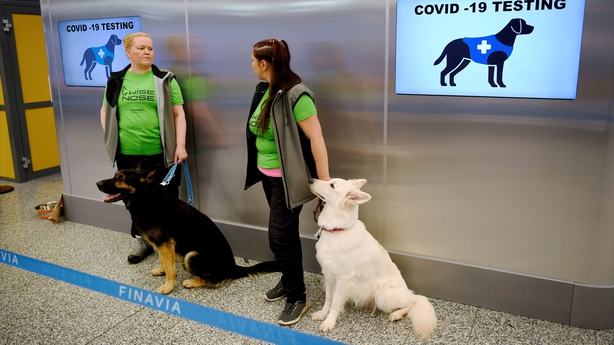 Although sniffer dog trials have been undertaken elsewhere, such as in the UAE, France, Russia and Chile, use of canine scent-detectors to bolster coronavirus testing has not yet been widely adopted by authorities, in part because of a lack of peer-reviewed literature, some researchers believe.