Minister for Health Stephen Donnelly has said there is not going to be a longer mid-term break for schools.

He said the evidence is that schools are not contributing to a rise in virus numbers.

"We need to keep children in school and keeping the schools open is a big priority for Government."

The minister said the challenge is for people to work together to push this virus down.

'There isn't going to be a longer mid-term break’ for schools, Minister for Health @DonnellyStephen tells @thisweekrte | #Covid19 | https://t.co/mMZC1UeVPj pic.twitter.com/lqpmUTXfEW

Speaking on RTÉ's This Week, Mr Donnelly said it needs to be understood that for the next two weeks the figures will get worse, but at the moment a 'circuit breaker’ is not being considered.

However, he said, it may be possible in the future that the country may need to move to Level 4 or 5.

Asked about a mooted 'circuit break' lockdown, Minister for Health @DonnellyStephen tells @thisweekrte a ‘circuit breaker’ would just mean a time-limited move to Level 4 or Level 5 #Covid19 restrictions. He says it is not under consideration right now | https://t.co/mMZC1UeVPj pic.twitter.com/MuePmOPFIA

The Taoiseach this afternoon said keeping schools open remains a key priority for the Government and "we can make Level 3 work" if everyone changes their behaviours and work together.

Speaking to RTÉ News hs said the reopening of schools shows what can be done with collective effort and compliance with safety measures and, as a result, the "mental, educational and physical well-being of our nation's children has been protected and enhanced".

The Taoiseach said the coming weeks will be challenging, "but working with NPHET, we will respond firmly and appropriately".

Speaking on RTÉ's The Week in Politics, Minister of State at the Department of Further and Higher Education, Research, Innovation and Science Niall Collins said there is "absolutely no plan to close our schools beyond the traditional one-week break around Halloween". 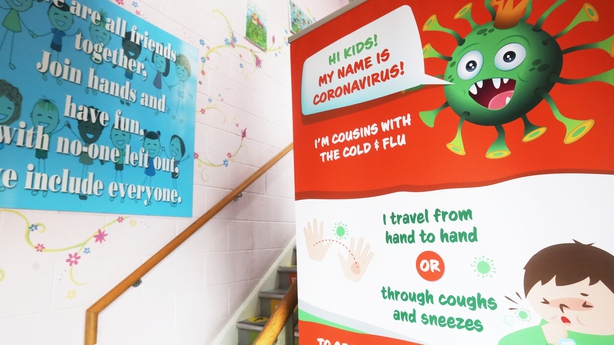 The Fianna Fáil TD said he wants to "knock on the head" the idea that schools may close for longer at mid-term and that schools remaining open is a stated priority for the Government.

Mr Collins said that "all the public health advice which is available shows quite clearly that schools are not an issue in terms of the transmission of Covid".

"There is absolutely no plan to close our schools beyond the traditional one-week break around Halloween," Minister of State at the Department of Higher Education @NiallCollinsTD tells @rtetwip | https://t.co/mMZC1UeVPj pic.twitter.com/eZ3GcukPC8 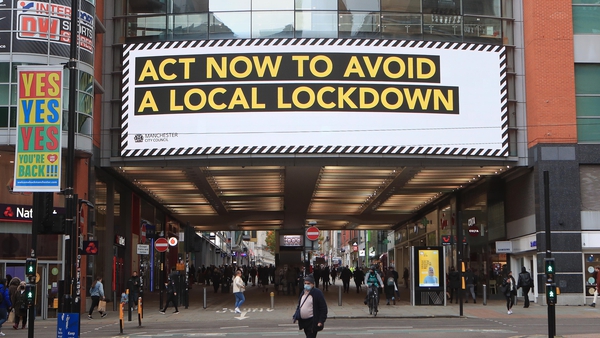